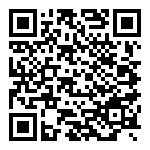 Acidulants are additives that give a sharp taste to foods. Acidulants are acids used in processed foods for a variety of functions that enhance the food. They also assist in the setting of gels and to act as preservatives.

Many natural foods are acidic.
For example oranges, lemons, apples, tomatoes, cheese and yoghurt contain natural acids, such as citric acid, that give them their characteristically sharp taste.

Acids are used as flavoring agents, preservativesin microbial control, chelating agents, buffers, gelling andcoagulating agents, and in many other ways.
Examples of these functions are:

Acids and Applications in Food

Most widely used organic acid is citric acid. It is used in food products, drinks and the pharmaceutical industry. Each year about 320,000 tonnes of citric acid is used in the production of foods and beverages.