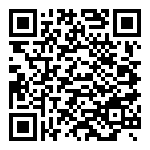 Acmella oleracea is a species of flowering herb in the family Asteraceae. Common names include toothache plant and paracress. In Brazil it is called jambu. Its native distribution is unclear, but it is likely derived from a Brazilian Acmella species. It is grown as an ornamental and it is used as a medicinal remedy in various parts of the world. A small, erect plant, it grows quickly and bears gold and red inflorescences. It is frost-sensitive but perennial in warmer climates.
Culinary uses
For culinary purposes, small amounts of shredded fresh leaves are said to add a unique flavour to salads. Cooked leaves lose their strong flavour and may be used as leafy greens. Both fresh and cooked leaves are used in dishes such as stews in northern Brazil, especially in the state of Pará and paracress rice. They are combined with chilis and garlic to add flavor and vitamins to other foods.
The flower bud has a grassy taste followed by a strong tingling or numbing sensation and often excessive salivation, with a cooling sensation in the throat. The buds are known as "buzz buttons", "Szechuan buttons", "sansho buttons", and "electric buttons". In India, they are used as flavoring in chewing tobacco.
The use of jambu extract as a food flavor is described as having an odor of citrus, herbal, tropical or musty odor, and its taste can be pungent, cooling, tingling, numbing, or effervescent. Thus, as described, the flavor use of jambu extract includes the ability induce a mouth-watering sensation in the oral cavity and the ability to promote the production of saliva. Spilanthol, the major constituent of jambu extract, is responsible for the perception of a mouth-watering flavor sensation, as well as the ability to promote salivation as a sialogogue, perhaps through its astringent action or its pungent taste in the oral cavity.

Medicinal uses
A decoction or infusion of the leaves and flowers is a traditional remedy for stammering, toothache, and stomatitis.