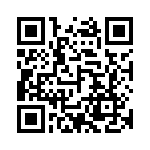 Aloe vera is a succulent plant species. The species is frequently cited as being used in herbal medicine since the beginning of the first century AD. Extracts from A. vera are widely used in the cosmetics and alternative medicine industries, being marketed as variously having rejuvenating, healing, or soothing properties.
6000 year old stone carvings in Egypt contain images of the plant, which they referred to as the "plant of immortality". It was given as a burial gift to deceased pharaohs.
Uses
Aloe vera can be used in recipes as a thickener and for congealing liquids. It can also  be consumed by making Juice and smoothies (2)
Preparations made from Aloe vera are often referred to as "aloe vera". Scientific evidence for the cosmetic and therapeutic effectiveness of aloe vera is limited and when present is frequently contradictory. Despite this, the cosmetic and alternative medicine industries regularly make claims regarding the soothing, moisturizing, and healing properties of aloe vera commercially advertised mainly for skin conditions such as sunburns, cold sores and frostbite. Aloe vera gel is also used commercially as an ingredient in yogurts, beverages, and some desserts; although at certain doses, its toxic properties could be severe whether ingested or topically applied. Aloe is also used as a food substance, possibly for its gelling properties.
Properties of the Plant:
Aloe Vera has about 200 naturally occurring biologically active ingredients. In fact, there are 75 important active constituents of the aloe plant. The inner gel of the Aloe Vera plant consists of amino acids, enzymes, prostaglandins, fatty acids, vitamins and minerals. Aloe Vera contains 19 out of 20 amino acids required in the body. Amino acids are the building blocks of all proteins that make up the body. The enzymes found in Aloe Vera help speed up chemical reactions in the body which help to aid digestion. The minerals found in Aloe Vera include calcium, chromium, copper, iron, magnesium, manganese, potassium, sodium and zinc. All of these minerals are extremely important within the body for optimal function. Vitamins A, C, E, B1, B2, B3, B6, B12, and folic acid are all found in the Aloe Vera plant. Interestingly enough, vitamins A, C, and E are all antioxidants. Antioxidants are extremely important in preventing cell damage that can ultimately lead to cancerous cells. Other constituents include, but are not limited to, cholesterol, steroids, lignins, uric acid, gibberllin, lectin-like substance, salicyclic acid, and arachidonic acid. Because of these components of the Aloe Vera plant, the magical inner leaf gel has been known to have antimicrobial, anti-inflammatory, anti-septic, anti-viral, and anti-baterial effects on the body.
Read More at Wikipedia.
Recipes using Aloe vera.
Post your comment ...
sign in with ...