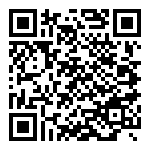 American cheese is processed cheese made from a blend of milk, milk fats and solids, with other fats and whey protein concentrates. At first it was made from a mixture of cheeses, more often than not Colby and Cheddar. Since blended cheeses are no longer used, it cannot be legally called “cheese” and has to be labeled as “processed cheese”, “cheese product“, etc. Sometimes, instead of the word cheese, it is called as "American slices" or "American singles". Under the U.S. Code of Federal Regulations, American cheese is a type of pasteurized processed cheese.

Depending on the percentage of cheese versus additives, the taste and texture of American cheese may vary. Also, the color may change from orange, yellow to white as decided by the food manufacturer.

American cheese though criticized for its high fat and sodium content is still used in regular cooking as it melts well and contains a good amount of calcium and protein.
Post your comment ...
sign in with ...