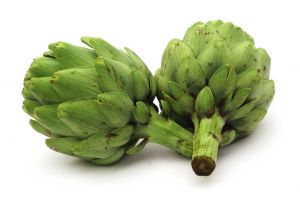 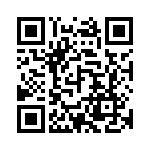 Artichoke is a variety of a species of thistle cultivated as a food. The edible portion of the plant consists of the flower buds and their stems when harvested before the flowers come into bloom. The plants usually bear several flowers. Once the flower blooms, its bud changes to a coarse, barely edible form. The uncultivated or wild variety of the species is called a cardoon.

The artichoke is a flower that grows mainly in the Mediterranean region and in California. Artichokes require a bit of preparation before they are cooked, but they contain a lot of flavor and many nutrients.

Artichoke has its own preparation metod before you to cook.

In the US, large globe artichokes are frequently prepared by removing all but 5–10 mm (0.2–0.4 in) or so of the stem. To remove thorns, which may interfere with eating, around a quarter of each scale can be cut off. The core of the stem tastes similar to the artichoke heart, and is edible.

In Spain, the more tender, younger, and smaller artichokes are used. They can be sprinkled with olive oil and left in hot ashes in a barbecue, sauteed in olive oil with garlic, with rice as a paella, or sautéed and combined with eggs in a tortilla.

In Italy, artichoke hearts in oil are the usual vegetable for 'spring' section of the 'Four Seasons' pizza (with olives for summer, mushrooms for autumn, and prosciutto for winter). A recipe well known in Rome is Jewish-style artichokes, which are deep-fried whole.
Stuffed artichoke recipes are abundant. A common Italian stuffing uses a mixture of bread crumbs, garlic, oregano, parsley, grated cheese, and prosciutto or sausage. A bit of the mixture is then pushed into the spaces at the base of each leaf and into the center before boiling or steaming. A similar recipe is popular in coastal Croatia.
Greek, aginares a la polita (artichokes city-style, referring to the city of Constantinople), a hearty, savory stew made with artichoke hearts, potatoes, and carrots, and flavored with onion, lemon, and dill. The finest examples are to be found on the island of Tinos, and in Iria and Kantia, two small villages in Argolida in the Peloponnese of southern Greece.
It can be Steamed, Boiled, Dip, Fried, Deep fried,Raw Artichoke and Parmigiano Salad, Baked Artichoke Hearts, Sauteed Artichoke Hearts, Oil-Poached Artichoke Heart Salad, Roasted Artichoke Hearts, Braised Artichoke Hearts, other Recipes

A study done by the USDA found that artichokes have more antioxidants than any other vegetable and they ranked seventh in a study of the antioxidant levels of 1,000 different foods. Some of the powerful antioxidants in artichokes are quercertin, rutin, anthocyanins, cynarin, luteolin, and silymarin.
2. Cancer Prevention and Treatment
Studies done with artichoke leaf extract have found that they induce apoptosis (cell death) and reduce cell proliferation in many different forms of cancer, including prostate cancer, leukemia, and breast cancer. An Italian study found that a diet rich in the flavanoids present in artichokes reduces the risk of breast cancer.
3. Increased Bile Flow
The pulp of artichoke leaves contains a polyphenol antioxidant called cynarin which increases bile flow.
4. Good for the Liver
Cynarin and another antioxidant, silymarin, artichokes are very beneficial to the liver. Studies have found they may even regenerate liver tissue. Artichokes have long been used in folk and alternative medicine as a treatment for liver ailments and the scientific studies are now proving them to be correct.
5. Better Digestion
Artichokes help the digestive system. They are a natural diuretic, they aid digestion, improve gallbladder function and, as mentioned above, they are of great benefit to the liver.
6. Cholesterol Reduction
Ingredients in artichoke leaves have been shown to reduce cholesterol by inhibiting HMG-CoA reductase. They raise good cholesterol (HDL) and lower bad cholesterol (LDL).
7. High in Fiber
One large artichoke contains a quarter of the recommended daily intake of fiber. A medium artichoke has more fiber than a cup of prunes.
Read More at Wikipedia.