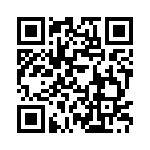 Other common names include garden rocket, or more simply rocket (British, Australian, Canadian, South African and New Zealand English), and eruca. The English common name, rocket, derives from the French roquette, a diminutive of the Latin word eruca, which designated an unspecified plant in the Brassicaceae family.
Uses
Arugula has a pungent, peppery flavor that is exceptionally strong for a leafy green. It is frequently used in salads, often mixed with other greens in a mesclun. It is also used raw with pasta or meats in northern Italy and in western Slovenia.
In Italy, raw rocket is often added to pizzas just before the baking period ends or immediately afterwards, so that it will not wilt in the heat. It is also used cooked in Puglia, in Southern Italy, to make the pasta dish cavatiéddi, "in which large amounts of coarsely chopped rocket are added to pasta seasoned with a homemade reduced tomato sauce and pecorino", as well as in "many unpretentious recipes in which it is added, chopped, to sauces and cooked dishes" or in a sauce, pesto (made by frying it in olive oil and garlic) used a condiment for cold meats and fish. In the Slovenian Littoral, it is often combined with boiled potatoes, used in a soup, or served with the cheese burek, especially in the town of Koper. It is also used with salad, tomatoes and mozzarella cheese. In Rome, Italy rucola is used with special meat dish called straccietti that are thin slices of beef with raw rocket and parmisan cheese.
A sweet, peppery digestive alcohol called rucolino is made from rocket on the island of Ischia in the Gulf of Naples. This liqueur is a local specialty enjoyed in small quantities following a meal in the same way as a limoncello or grappa.
In Brazil, where its use is widespread, rocket is eaten raw in salads. A popular combination is rocket mixed with mozzarella cheese and sun-dried tomatoes.
In Egypt the plant is commonly eaten raw as a side dish with many meals, with ful medames for breakfast, and regularly accompanies local seafood dishes.
In West Asia and Northern India, Eruca seeds are pressed to make taramira oil, used in pickling and as a salad or cooking oil. The seed cake is also used as animal feed.
Health Benefits of Arugula

1. Arugula is a leafy green vegetable resembling a longer-leaved and open lettuce. It is rich in vitamin C and potassium. In addition to the leaves, the flowers, young seed pods and mature seeds are all edible.

2. Arugula has a peppery flavor that is exceptionally strong for a leafy green. It is frequently used in salads, often mixed with other greens in a mesclun.
It is used in a variety of recipes that are spicy and pepper flavoured dishes. It is known for its good taste and is included in salads due to its aromatic flavour. The arugula leaves are also known to be a good source of essential nutrients.

3. In about 2 grams of a serving of arugula there are 0 gram of calories, 0 gram of cholesterol, 0 gram of fat and 1 mg of sodium. The protein content is about 0.1 gram and other nutrients like calcium, iron, magnesium, phosphorous and Vitamins A, C, D, E and K are in good proportions.

4. Health benefits of arugula result from the good presence of the different vitamins and minerals. Here we will discuss few of the health benefits associated with this vegetable. This leafy and green vegetable is enriched with major nutrients which cannot be matched by most of the vegetables.

5. A number of people are concerned about the calories they consume while eating their favorite vegetables. They prefer salads to a fuller meal. Due to the lesser calorie content in arugula, they can opt for this vegetable in the form of a dish or even in salads every day.

6 .Arugula has a high proportion of fibers that are known to aid the process of digestion in the body.  These fibers benefit the metabolism in general with the digestion process being taken care of.

7. Arugula is well-known for this benefit for which it is highly recommended by doctors. The cancer-causing agents are given a run with the rich, free radical inhibiting antioxidant properties of this vegetable.

8. Arugula, if consumed even in the quantity equal to a cup on a daily basis, can give some good benefits to a pregnant woman. Its folic acid content helps prevent neural tube defects in the baby.

9. Arugula is also known for the presence of some important vitamins like thiamine, niacin, Vitamin B-6 etc that help promote optimum body health.

10. Vitamin K is present in arugula in a good amount which gives the bones of your body all the benefits of strength and formation.

11. The Vitamin K content of the vegetable also assists in the production of Alzheimer’s disease drugs and in the absorption of calcium.

12. Arugula is known to be rich in Vitamin A. Hence, doctors recommend its intake to those patients who need help with the treatment of diseases related to the lungs, skin and oral cavities.

13. This vitamin content is known to boost overall health by the antioxidant activity that it brings about. Some diseases like muscular degeneration and cancer can be controlled.