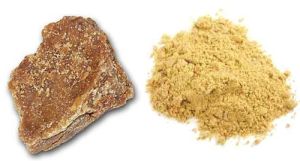 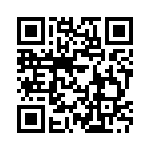 Asafoetida, or asafetida is the dried latex (gum oleoresin) exuded from the rhizome or tap root of several species of Ferula, a perennial herb that grows 1 to 1.5 m tall. The species is native to the deserts of Iran, mountains of Afghanistan, and is mainly cultivated in nearby India. The plant grows to six to seven feet tall and is not harvested until four years old.

Culinary Use
This spice is used as a digestive aid, in food as a condiment, and in pickles. It typically works as a flavor enhancer and, used along with turmeric, is a standard component of Indian cuisine, particularly in lentil curries, such as dal. Asafetida has a strong pungent smell, but adds a subtle flavor to dishes when cooked with other spices.

Asafetida is an antiepileptic, antimicrobial, laxative, anti-inflammatory, expectorant, antispasmodic, and anti-flatulent agent.
Asafetida helps reduce flatulence, digestive disorders, prevents constipation and is an excellent laxative. A pinch of asafetida can be taken with butter milk to reduce flatulence and cleanse the digestive system.
Granules of asafetida can be dissolved in water and taken for relieving migraines and headaches. Asafetida is also a natural remedy for colic in babies by placing a small amount of warm asafetida on the baby’s stomach.

Asafetida also acts as an anti-coagulant and helps lower blood pressure.
Asafetida is favorable for women’s health as it helps counter leucorrhoea, dysmenorrhea, excessive and painful menstruation, and has positive benefits in treating candida infection.

Asafetida’s medicinal uses are many, which include the treatment of influenza. Asafetida is beneficial in fighting the swine flu and H1N1 virus. It is also used in treating asthma and bronchitis and is effective is treating colds and the flu in children. In addition, it can also be used for reducing chronic bronchitis and whooping cough due to its anti-microbial action.

It is also considered to have contraceptive properties and is used for contraception in traditional medicine.

Asafetida is good protection against triglycerides and cholesterol formed due to excessive fat consumption. However, care needs to be taken when it is used along with blood pressure medication.Asafetida helps in countering the effects of long-term alcohol intake, which can cause severe liver damage and even death. To fight the condition, phytochemicals present in dietary supplement like asafetida are beneficial in avoiding ethanol induced hepatotoxicity. This is enabled due to its anti-inflammatory and anti-fibrotic effects.

The active compounds from its resin, gum, volatile oil and ash contains fiber, protein, carbohydrates, and minerals such as calcium and phosphorous enrich the human body.

Asafetida health benefits can be obtained everyday when used in cooking. It can be mixed with virtually anything like vegetables, pulses, rice, meat, or fish. The pungent smell becomes lighter when added to hot oil. The advantages of asafetida powder that be obtained by adding a dash of it to lentils, to vegetables when boiling them, and to meat along with other spices to marinade them. It best to cook asafetida covered so that the dishes may acquire its delicate flavor. Bitter gourd cooked with asafoetida is effective in lowering blood sugar levels.

With all its beneficial qualities, asafoetida has its disadvantages as well. It can cause unpleasant side effects like vomiting and nausea; excessive consumption of asafetida can cause irritation in throat, swollen lips, burping, stomach gas, and diarrhea. It can also trigger unfavorable results in persons suffering from central nervous conditions. In some, it cause redness, itching and skin irritation. If there are prolonged skin rashes, skin swelling, and hives, you need to consult a doctor to remedy the allergic reaction. High doses of asafetida can cause dizziness and headaches, which can deter one’s productivity at work.