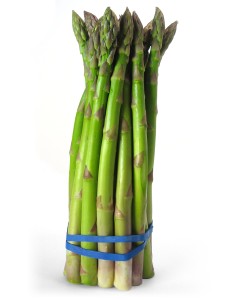 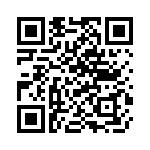 Asparagus is a spring vegetable, a flowering perennial plant species in the genus Asparagus. Asparagus is native to most of Europe, northern Africa and western Asia, and is widely cultivated as a vegetable crop.

Asparagus tender part is cut and used to eat and the hard part is used to make soups...

Culinary Uses of Asparagus
Asparagus is a commonly used vegetable in culinary world. Young shoots of this greenish vegetable are quite popular in making various asparagus recipes. As soon as the shoots start growing, the woody smell and strong flavor of the plant makes them unsuitable for consumption. The typical way of making asparagus dishes is to boil them and serve as an appetizer with any kind of dipping or sauce. Vegetarian side dishes also make good use of asparagus. Stir-fried asparagus dishes are very commonly served in Asian cuisine. Some of the other ingredients that compliment the asparagus dishes are chicken, beef as well as shrimps. Even bacon wrapped asparagus dishes are widely served as an appetizer in several Asian restaurants. Asparagus vinaigrette also makes a delicious side dish to various grilled meat and poultry dishes. As a healthy vegetable, asparagus has varied uses in making soups and stews. According to early evidences from the culinary world, asparagus was fondly eaten as a raw vegetable and still the same trend is being followed by adding it as a raw ingredient in several salad dishes. ‘Pickled’ asparagus is also a delicacy in various cuisines and served as a side dish. Due to the presence of dust and sand on the roots of the asparagus, it is strongly recommended to wash it thoroughly before adding it to asparagus dishes.
Methods of Making Asparagus
• Boiled – Asparagus dishes are mostly made while boiling the vegetable.
• Steamed – Steamed asparagus is widely eaten as an appetizer with different kind of dips and sauces.
• Stir-fried – Stir-fried asparagus recipes are some of the most popular asparagus recipes in Asian cuisine.
• Grilled – Grilling makes the asparagus a highly delectable vegetable and it is relatively easy to grill the vegetable on charcoal.
• Baked – Asparagus casserole dishes are made by baked method.

Popular Asparagus Dishes
1. Creamy white asparagus soup – White asparagus is the main ingredient in this popular asparagus dish. Other ingredients that compliment the flavor of the vegetable are onion, garlic and nutmeg.
2. Asparagus with bacon – This deliciously made asparagus dish is made with vinegar and bacon flavor.
3. Asparagus quiche – This is one of the most commonly served asparagus dishes for lunch or brunch. Asparagus can be combined with turkey or mushrooms to make the dish more delectable.
4. Turkey pasta casserole with asparagus and cheese – It is a hearty asparagus dish containing mini pasta with cheddar cheese and turkey.
Health Benefits of  Asparagus

Asparagus can detoxify our system. It has anti-aging functions and is considered an aphrodisiac, can protect against cancer, reduces pain and inflammation, can prevent osteoporosis and osteoarthritis, reduces the risk of heart disease, can help prevent birth defects.

As a detox - asparagus has 288 milligrams of potassium per cup. Potassium is known for reducing belly fat. It also contains 3 grams of fiber which cleanses the digestive system. It has virtually no natural sodium so no bloating during PMS, has no fat or cholesterol, and one cup has only 40 calories. According to a clinical dietician at UCLA Medical Center, asparagus in the ultimate in detox vegetables.

For anti-aging purposes - asparagus is rich in potassium, vitamin A, and folate. It is also very high in glutathione - an amino acid compound with potent antioxidant properties; a must as an anti-aging deterrent. Glutathione (GSH) is an antioxidant that protects cells from toxins such as free radicals.

Against cancer - asparagus in high in folate which is now known to be an important protection against cancer. Note: Folate is found naturally in leafy green vegetables, and citrus fruits. While folic acid is said to be the same as folate, folic acid is the supplemental form. It is always recommended that you get health benefits from eating healthy whole foods.

Preventing osteoporosis and osteoarthritis - asparagus has vitamin K which studies have shown can help prevent osteoporosis and osteoarthritis. Vitamin K aids in bone formation and repair. It is also necessary for the synthesis of osteocalcin. Osteocalcin is the protein in bone tissue on which calcium crystallizes. Asparagus has been listed as the number one source of vitamin K.

Preventing birth defects - getting enough folate (doctors often recommend the folic acid supplement) is especially important for women who are pregnant or plan to become pregnant. Having a folate deficiency has been correlated with increased risk of Spina Bifida (a spinal cord birth defect) and also anencephaly (a neural tube defect). Folate helps to regulate embryonic and fetal nerve cell formation and may also help to prevent premature births.

Additionally, studies have shown that the nutritional benefits of asparagus can help prevent and treat urinary tract infections and kidney stones. Overall, asparagus is rich in potassium, vitamin A, folate, glutathione, and vitamin K. It is high in fiber, has no sodium, is low in calories and has no cholesterol or fat.

life is be asparagus