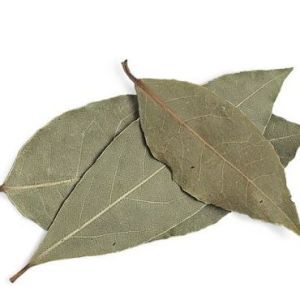 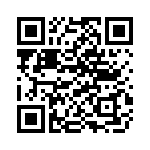 Bay Leaves
A spice flavoring that consists of the dried leaves obtained from the evergreen tree Laurus nobilis, also called sweet bay or laurel tree. They have a sweet, herbaceous flavor and are used as an herb.
They are aromatic when crushed and find use in meat,soup, and stew.
California bay leaf – the leaf of the California bay tree, also known as California laurel, Oregon myrtle, and pepperwood, is similar to the Mediterranean bay laurel, but has a stronger flavor.

Indian bay leaf or malabathrum is somewhat similar in appearance to the leaves of bay laurel, but is culinarily quite different, having a fragrance and taste similar to cinnamon bark, but milder.

Indonesian bay leaf or Indonesian laurel is not commonly found outside of Indonesia; this herb is applied to meat and, less often vegetables.

Bay leaves were used for flavoring by the ancient Greeks. It is a fixture in the cooking of many European cuisines, as well as in the Americas. They are used in soups, stews, meat, seafood, vegetable dishes, and sauces. The leaves also flavor many classic French dishes. The leaves are most often used whole (sometimes in a bouquet garni) and removed before serving (they can be abrasive in the digestive tract). Thai cuisine employs bay leaf (Thai name bai kra wan) in a few Arab-influenced dishes, notably massaman curry.

If eaten whole, bay leaves are pungent and have a sharp, bitter taste. As with many spices and flavorings, the fragrance of the bay leaf is more noticeable than its taste. When dried, the fragrance is herbal, slightly floral, and somewhat similar to oregano and thyme. Myrcene, which is a component of many essential oils used in perfumery, can be extracted from the bay leaf. They also contain the essential oil eugenol.

In Indian and Pakistani cuisine, bay laurel leaves are sometimes used in place of Indian bay leaf, although they have a different flavor. They are most often used in rice dishes like biryani and as an ingredient in garam masala. Bay leaves are frequently packaged as tejpatta (the Hindi term for Indian bay leaf), creating confusion between the two herbs.

In the Philippines, dried bay laurel leaves are added as a spice in the Filipino dish Adobo.Bay leaves can also be crushed or ground before cooking. Crushed bay leaves impart more of their desired fragrance than whole leaves, but are more difficult to remove, and thus they are often used in a muslin bag or tea infuser. Ground bay laurel may be substituted for whole leaves, and does not need to be removed, but it is much stronger due to the increased surface area and in some dishes the texture may not be desirable.

Bay leaf is used extensively in the cuisines of India, Nepal, and Bhutan. Its an important spice in the Moghulai style of cooking especially biryani and korma. Kashimiri cuisine uses Tejpatta extensively. It is also used in the cuisines of Nepal and is an integral part of Tsheringma herbal tea in Bhutan. Both fresh and dried bay leaves are used in cooking and impart a distinctive flavor and aroma. In Indian cooking, bay leaf is usually used as a whole dried leaf during the tempering of a dish be it vegetarian or non-vegetarian. It is an essential ingredient during preparation of the famous Biryani. The tempered bay leaves are removed once the dish is cooked, just before serving. Bay leaves are lightly roasted and ground and added to the special Indian spice mix – Garam Masala. The ground leaves are more aromatic than the whole dry bay leaf.

Health Benefits of Bay Leaves:
Bay leaf was highly praised by the Greeks and the Romans, who deeply believed that the herb symbolizes wisdom, peace, and protection.

This spice has many volatile active components such as a-pinene, ß-pinene, myrcene, limonene, linalool, methyl chavicol, neral, a-terpineol, geranyl acetate, eugenol, and chavicol. These compounds are known to have been antiseptic, anti-oxidant, digestive, and thought to have anti-cancer properties.

Fresh leaves are very rich source of vitamin-C; provide 46.5 mg or 77.5% of RDA per 100 g. Vitamin-C (ascorbic acid) is one of the powerful natural anti-oxidant that help remove harmful free radicals from the body. Ascorbic acid also has immune booster, wound healing and anti-viral effects.

Its fresh leaves and herb parts are very good in folic acid; contain about 180 mg or 45% of daily-recommended values per 100 g. Folates are important in DNA synthesis and when given during the peri-conception period, they can help prevent neural tube defects in the baby.

Bay leaves are an excellent source of vitamin A; contain 6185 IU or 206% of recommended daily levels per 100 g. Vitamin A is a natural antioxidant and is essential for healthy visual sight. It is also required for maintaining mucus membranes and skin health. Consumption of natural foods rich in vitamin A has been found to help to protect from lung and oral cavity cancers.

The spice is indeed a very good source of many vitamins such as niacin, pyridoxine, pantothenic acid and riboflavin. These B-complex groups of vitamins help in enzyme synthesis, nervous system function, and regulating body metabolism.

This noble spice is a good source of minerals like copper, potassium, calcium, manganese, iron, selenium, zinc and magnesium. Potassium is an important component of cell and body fluids that helps control heart rate and blood pressure. Manganese and copper are used by the body as co-factors for the antioxidant enzyme, superoxide dismutase. Iron is essential for red blood cell production and as a co-factor for cytochrome-oxidase enzymes.

Medicinally, the benefits of the bay leaf and its berries are plentiful. It has astringent, diuretic, and appetite stimulant properties.

Infusions of herb parts are reputed to soothe the stomach and relieve flatulence and colic pain.

The lauric acid in the bay laurel leaves has insect repellent properties.

Bay laurel infusions are used to soothe the stomach ulcers and relieve flatulence.

The components in the essential oil can also be used in many traditional medicines in the treatment of arthritis, muscle pain, bronchitis and flu symptoms.