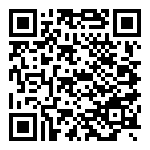 Beet Green
Beta vulgaris (beet) is a plant in the Chenopodiaceae family. It has numerous cultivated varieties, the most well known of which is the root vegetable known as the beetroot or garden beet. Other cultivated varieties include the leaf vegetable chard; the sugar beet, used to produce table sugar; and mangelwurzel, which is a fodder crop. Three subspecies are typically recognised.

Beta vulgaris subsp. maritima, commonly known as the sea beet, is the wild ancestor of these and is found throughout the Mediterranean, the Atlantic coast of Europe, the Near East, and India. A second wild subspecies, Beta vulgaris subsp. adanensis, occurs from Greece to Syria.
The roots are most commonly deep red-purple in color, but less common varieties include golden yellow and red-and-white striped roots.
Beta vulgaris is a herbaceous biennial or, rarely, perennial plant with leafy stems growing to 1–2 m tall. The leaves are heart-shaped, 5–20 cm long on wild plants (often much larger in cultivated plants). The flowers are produced in dense spikes; each flower is very small, 3–5 mm diameter, green or tinged reddish, with five petals; they are wind pollinated. The fruit is a cluster of hard nutlets.
Ecology
Beets are a food plant for the larvae of a number of Lepidoptera species.
Uses
Spinach beet leaves are eaten as a pot herb. Young leaves of the garden beet are sometimes used similarly. The midribs of Swiss chard are eaten boiled while the whole leaf blades are eaten as spinach beet.
In some parts of Africa, the whole leaf blades are usually prepared with the midribs as one dish.
The leaves and stems of young plants are steamed briefly and eaten as a vegetable; older leaves and stems are stir-fried and have a flavour resembling taro leaves.
The usually deep-red roots of garden beet can be baked, boiled, or steamed, and often served hot as a cooked vegetable or cold as a salad vegetable.
Beet greens contain vitamin C, carotenoids, flavonoid anti-oxidants, and vitamin-A.
Recipe Using Beet greens Link 1, Link 2, Link 3.
Read more at Wikipedia.