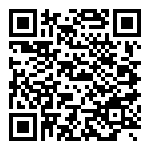 Bell pepper also known as sweet pepper or a pepper and capsicum, is a cultivar group of the species Capsicum . Bell peppers are sometimes grouped with less pungent pepper varieties as "sweet peppers". Peppers are native to Mexico, Central America and northern South America. Pepper seeds were later carried to Spain in 1493 and from there spread to other European, African and Asian countries. Today, China is the world's largest pepper producer, followed by Mexico and Indonesia.

Culinary Uses of Bell Peppers
Preferred Methods of Making Bell Pepper Dishes are Grilled, Stuffed, Pureed, Baked, Boiled, Stir-fried, Pickled...
Though bell pepper is a fruit, in culinary terms it is used as a vegetable. It is available in different colors such as red, yellow, orange and green and its hot taste makes it a very popular ingredient in global cuisine. Bell peppers make a delicious addition to salads and other pepper dishes such as stir-fried vegetables or grilled vegetables. Various meat dishes also include peppers as a flavoring ingredient. The seeds of bell pepper are usually discarded while cooking. Pizza toppings and sandwich fillings are some of the most popular bell pepper recipes. The bell shape of the pepper makes it an ideal vegetable for stuffing purposes. Mashed potato, minced meat and cottage cheese are some of the common pepper stuffing ingredients. Stuffed pepper tastes best when charred under a grill. Soups and stew dishes also make good use of bell pepper. They can also be grilled, skinned and pureed to accompany meat, pasta or fish.
Popular Bell Pepper Recipes
1. Classic beef and rice stuffed capsicum – It is a very commonly served American bell pepper dish. This dish makes good use of leftover rice along with beef. • Roasted peppers and seasonal vegetables – The roasted peppers give a nice peppery aroma to fresh seasonal vegetables and the dish is seasoned with herbs and spices. It is a healthy bell pepper dish.
2. Red pepper Marinara sauce – Sweet red pepper is used to spike this popular pasta sauce. Marinara sauce is a nice accompainment also for finger foods.
3. Classic Chinese pepper steak – This classic recipe includes beef along with thin stripes of bell pepper. It is one of the most popular bell pepper dishes in Chinese cuisine.
Cuisines Commonly Making Bell Pepper Dishes
Bell Pepper is a versatile and readily available ingredient hence it is used with equal importance in almost all world cuisines. Most popularly, bell pepper is used in Asian cuisine where it is known as ‘capsicum’. In Chinese cuisine, bell pepper dishes are usually stir-fried. Rice and chicken dishes often include sliced or chopped bell peppers. Indian cuisine includes bell pepper in various side dishes such as potato stuffed capsicum or stir-fried potato and capsicum. In India bell pepper is called ‘simla mirch’. In the cuisines of USA and Canada, yellow and red bell peppers are mostly used for salads and sandwich fillings. Pickled bell pepper recipes are also very common in these cuisines. Cuisines of Portugal and cuisines of Brazil also make good use of bell pepper. Curried bell pepper dishes are very popular in Sri Lankan and in Argentinean cuisines; bell pepper is a part of traditional barbeque meal.
Health Benefits of Bell pepper:

1. Bell peppers are low in calories and they contain plenty of vitamin C, which powers up your immune system and keeps skin youthful.  The highest amount of Vitamin C in a bell pepper is concentrated in the red variety.

4. If cooked for a short period on low heat, bell peppers retain most of their sweet, almost fruity flavor and flavonoid content, which is a powerful nutrient.

5. The sulfur content in bell peppers makes them play a protective role in certain types of cancers.

6. The bell pepper is a good source of Vitamin E, which is known to play a key role in keeping skin and hair looking youthful.

7. Bell peppers also contain vitamin B6, which is essential for the health of the nervous system and helps renew cells.

8. Certain enzymes in bell peppers, such as lutein, protect the eyes from cataracts and macular degeneration later in life.