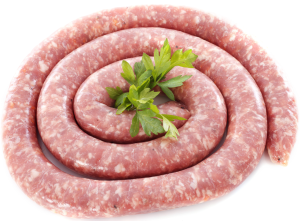 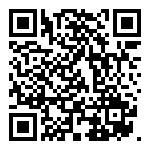 Boerewors is a type of sausage popular in South African cuisine. The name is derived from the Afrikaans words boer and wors. Boerewors must contain at least 90 percent meat - always containing beef, as well as lamb or pork or a mixture of lamb and pork. The other 10% is made up of spices and other ingredients. Not more than 30% of the meat content may be fat.

Boerewors is based on an older traditional Dutch sausage called the verse worst, though it differs somewhat in its ingredients. It is made from coarsely minced beef (sometimes combined with minced pork, lamb, or both) and spices (usually toasted coriander seed, black pepper, nutmeg, cloves and allspice). Like many other forms of sausage, boerewors contains a high proportion of fat, and is preserved with salt and vinegar, and packed in sausage casings. Traditional boerewors is usually formed into a continuous spiral. It is often served with pap (traditional South African porridge / polenta made from mielie-meal). Boerewors is also very common throughout South Africa, Namibia, Botswana and Zimbabwe as well as with expatriate communities in Australia, Canada, Ireland, the Netherlands, Taiwan, the United Kingdom, and the United States.

Boerewors is usually braaied (grilled outdoors), but may be grilled in an electric griller. Alternatively it can also be baked in an oven.A local variant of the hotdog is the boerewors, or "boerie", roll which is a piece of boerewors in a hotdog bun, often served with a tomato, chili and onion relish.
Post your comment ...
sign in with ...
missing class include : daIp