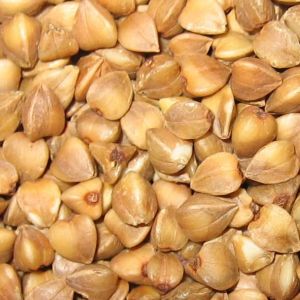 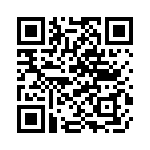 Buckwheat is a plant cultivated for its grain-like seeds, and also used as a cover crop. Despite the name, buckwheat is not related to wheat, as it is not a grass; instead, buckwheat is related to sorrel, knotweed, and rhubarb. The cultivation of buckwheat grain declined sharply in the 20th century with the adoption of nitrogen fertilizer that increased the productivity of other staples. A related species, Fagopyrum tataricum is also cultivated as a grain in the Himalayas.

The name 'buckwheat' or 'beech wheat' comes from its triangular seeds, which resemble the much larger seeds of the beech nut from the beech tree, and the fact that it is used like wheat. The word may be a translation of Middle Dutch boecweite : boec, beech + weite, wheat; or may be a native formation on the same model as the Dutch word.

Buckwheat is a short season crop that does well on low-fertility or acidic soils, but the soil must be well drained. Too much fertilizer, especially nitrogen, will reduce yields. In hot climates, it can only be grown by sowing late in the season, so that it will bloom in cooler weather. The presence of pollinators greatly increases the yield. The nectar from buckwheat flower makes a dark-colored honey. Buckwheat is sometimes used as a green manure, as a plant for erosion control, or as wildlife cover and feed.

Buckwheat's well-balanced starch, protein, fat and mineral composition has found a renewed interest, particularly among the food scientists. Besides, its seeds feature proportionately more starch and less fat content than oil seeds, hence can be handled like any other staple grains. Being a short-season crop and sustainable characteristic of thriving under stress growing conditions, it may be an answer for malnutrition alleviation, particularly in famine-prone regions.

Buckwheat grains contain proportionately more starch than other similar seeds like quinoa and amaranth. 100 g seeds (grains) provide 343 calories. The grains are moderate sources of energy, and calorie content may be compared to that of major cereals such as wheat, maize, rice and that of pulses like chickpea, mung bean, cowpea (black-eye pea), etc.

The protein level in buckwheat grains is the range of 11-14 g of protein per 100 g; relatively less than that in quinoa and pulses. Nonetheless, it composes all the indispensable amino acids for the human body at excellent proportions, especially in lysine, which is otherwise a limiting amino acid in grains like wheat, maize, rice, etc.

Buckwheat seeds are very rich source of soluble and insoluble dietary fiber. 100 g provide 10 g or 26% of daily requirement of fiber. Fiber increase bulkiness of the food and help prevent constipation by speeding up its movement through the gut. In fact, gastro-intestinal transit time of food is greatly decreased. Fiber also binds to toxins and aid in their excretion from the gut and helps protect the colon mucus membrane from cancers. In addition, dietary fibers bind to bile salts (produced from cholesterol) and decrease their re-absorption in colon, thus help lower serum LDL cholesterol levels.

Buckwheat is another gluten-free food source. Gluten is the protein present in certain grass family grains may induce stomach upset and diarrhea in individuals with Celiac disease.

The grains compose of several polyphenolic antioxidant compounds such as rutin, tannins and catechin. Rutin (quercetin rutinoside) is found to have been anti-inflammatory, antioxidant and inhibits platelet aggregation. Early laboratory studies suggest that rutin may offer a cure in hemorrhoids, and clotting disorders.

Buckwheat grains have more B-complex group of vitamins, than that of quinoa seeds, especially riboflavin (vitamin B2) and  niacin (vitamin B3).

Finally, buckwheat has more concentration of minerals like copper, and magnesium. Copper is required for the production of red blood cells. Magnesium relaxes blood vessels leading to brain and found to have curative effects on depression, and headache.