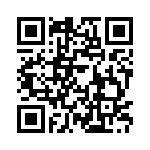 Calcium is essential for strong bones and teeth. Calcium deficiency can lead to disorders like osteoporosis (brittle bones). Good sources of calcium include dairy foods and calcium-fortified products, such as soymilk and breakfast cereals. Calcium is especially important for young children, teenagers and older women.

The average adult’s weight is made up of about two per cent calcium. Most of this is found in the skeleton and teeth – the rest is stored in the tissues or blood. Calcium is vital for healthy teeth and bones. It also plays a crucial role in other systems of the body, such as the health and functioning of nerves and muscle tissue.

Good sources of calcium include dairy foods and calcium-fortified products, such as soymilk and breakfast cereals. People at different life stages need different amounts of calcium – young children, teenagers and older women all have greater than average requirements.

According to the most recent Australian Nutrition Survey data published in 1995, about 90 per cent of women and 70 per cent of children do not achieve the recommended dietary intake (RDI) for calcium. It is much better to get calcium from foods than from calcium supplements. Be guided by your doctor about whether you need additional supplements. Too much calcium (2,000 mg or more) from supplements may cause other health problems.

Calcium and dairy food
Australians receive most of their calcium from dairy foods. If milk is removed from the diet, it can lead to an inadequate intake of calcium. This is of particular concern for children and adolescents, who have high calcium needs. Calcium deficiency may lead to disorders like osteoporosis (a disease of both men and women in which bones become fragile and brittle later in life).

Too little calcium can weaken bones
If the body notices that not enough calcium is circulating in the blood, it will use hormones to reduce the amount put out by the kidneys in the urine. If not enough calcium is absorbed through the gastrointestinal tract, calcium will be taken from the bones.

If your dietary intake of calcium is constantly low, your body will eventually remove so much calcium from the skeleton that your bones will become weak and brittle.

Calcium needs vary throughout life
The recommended dietary intake of calcium is different for people of different ages and life stages, including: