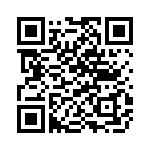 Carbohydrates, fats, and proteins comprise ninety percent of the dry weight of foods. Food energy is derived from carbohydrates, fats and proteins as well as organic acids, polyols, and ethanol present in the diet. Some diet components that provide little or no food energy, such as water, minerals, vitamins, cholesterol, and fibre, may still be necessary to health and survival for other reasons.

Water, minerals, vitamins, and cholesterol are not broken down (they are used by the body in the form in which they are absorbed) and so cannot be used for energy. Fiber, a type of carbohydrate, cannot be completely digested by the human body. Ruminants can extract food energy from the respiration of cellulose thanks to bacteria in their rumens.

In the International System of Units, energy is measured in joules (J) or its multiples; the kilojoule (kJ) is most often used for food-related quantities. An older metric system unit of energy, still widely used in food-related contexts, is the calorie; more precisely, the "food calorie", "large calorie" or kilocalorie (kcal or Cal), equal to 4.184 kilojoules. (It should not be confused with the "small calorie" (cal) that is often used in chemistry and physics, equal to 1/1000 of a food calorie.) Within the European Union, both the kilocalorie ("kcal") and kilojoule ("kJ") appear on nutrition labels. In many countries, only one of the units is displayed; in the US and Canada the unit is spelled out as "calorie" or "Calorie".

Fats and ethanol have the greatest amount of food energy per mass, 37 and 29 kJ/g (8.8 and 6.9 kcal/g), respectively. Proteins and most carbohydrates have about 17 kJ/g (4.1 kcal/g). The differing energy density of foods (fat, alcohols, carbohydrates and proteins) lies mainly in their varying proportions of carbon, hydrogen, and oxygen atoms.

Carbohydrates that are not easily absorbed, such as fiber, or lactose in lactose-intolerant individuals, contribute less food energy. Polyols (including sugar alcohols) and organic acids contribute 10 kJ/g (2.4 kcal/g) and 13 kJ/g (3.1 kcal/g) respectively. The amount of water, fat, and fiber in foods determines their energy density.

Theoretically, food energy could be measured in different ways, such as Gibbs free energy of combustion, or the amount of ATP generated by metabolizing the food. However, the convention is to use the heat of the oxidation reaction, with the water substance produced being in the liquid phase. Conventional food energy is based on heats of combustion in a bomb calorimeter and corrections that take into consideration the efficiency of digestion and absorption and the production of urea and other substances in the urine. These were worked out in the late 19th century by the American chemist Wilbur Atwater.

Each food item has a specific metabolizable energy intake (MEI). This value can be approximated by multiplying the total amount of energy associated with a food item by 85%, which is the typical amount of energy actually obtained by a human after respiration has been completed. In animal nutrition where energy is a critical element of the economics of meat production, a specific metabolizable energy may be determined for each component (protein, fat, etc.) of each ingredient of the feed.

Many governments require food manufacturers to label the energy content of their products, to help consumers control their energy intake. In the European Union, manufacturers of packaged food must label the nutritional energy of their products in both kilocalories and kilojoules, when required. In the United States, the equivalent mandatory labels display only "Calories", often as a substitute for the name of the quantity being measured, food energy; an additional kilojoules figure is optional and is rarely used.

The energy available from the respiration of food is usually given on labels for 100 g, for a typical serving size (according to the manufacturer), and/or for the entire pack contents.[citation needed] A paper published in 2011 by the American Journal of Public Health proposed to also display the time needed to burn the food energy contained in the product by running.[undue weight? – discuss] This would indicate how much exercise would be necessary if the food would bring the person's energy intake above what is necessary for that day.

The amount of food energy associated with a particular food could be measured by completely burning the dried food in a bomb calorimeter, a method known as direct calorimetry. However, the values given on food labels are not determined in this way. The reason for this is that direct calorimetry also burns the dietary fiber, and so does not allow for fecal losses; thus direct calorimetry would give systematic overestimates of the amount of fuel that actually enters the blood through digestion. What are used instead are standardized chemical tests or an analysis of the recipe using reference tables for common ingredients to estimate the product's digestible constituents (protein, carbohydrate, fat, etc.).

These results are then converted into an equivalent energy value based on the following standardized table of energy densities. However "energy density" is a misleading term for it once again assumes that energy is IN the particular food, whereas it simply means that that "high density" food needs more oxygen during respiration, leading to greater transfer of energy.

Recommendations in the United States are 2,700 and 2,100 kcal (11,000 and 8,800 kJ) for men and women (respectively) between 31 and 50, at a physical activity level equivalent to walking about 1.5 to 3 miles per day at 3 to 4 miles per hour in addition to the light physical activity associated with typical day-to-day life, with French guidance suggesting roughly the same levels.

Children, those with sedentary lifestyles, and older people require less energy; physically active people more. In Australia, because different people require different daily energy intakes there is no single recommended intake. Instead there is a series of recommendations for each age and gender group, although packaged food and fast food outlet menu labels refer to the average Australian daily energy intake of 8700 kJ (2079 kcal).

According to the Food and Agriculture Organization of the United Nations, the average minimum energy requirement per person per day is about 1,800 kcal (7,500 kJ).

Energy usage in the human body:

The human body uses the energy released by respiration for a wide range of purposes: about 20% of the energy is used for brain metabolism, and much of the rest is used for the basal metabolic requirements of other organs and tissues. In cold environments, metabolism may increase simply to produce heat to maintain body temperature. Among the diverse uses for energy, one is the production of mechanical energy by skeletal muscle to maintain posture and produce motion.

The conversion efficiency of energy from respiration into mechanical (physical) power depends on the type of food and on the type of physical energy usage (e.g. which muscles are used, whether the muscle is used aerobically or anaerobically). In general, the efficiency of muscles is rather low: only 18 to 26% of the energy available from respiration is converted into mechanical energy.

This low efficiency is the result of about 40% efficiency of generating ATP from the respiration of food, losses in converting energy from ATP into mechanical work inside the muscle, and mechanical losses inside the body. The latter two losses are dependent on the type of exercise and the type of muscle fibers being used (fast-twitch or slow-twitch).

However, alterations in the structure of the material consumed can cause modifications in the amount of energy that can be derived from the food; i.e. caloric value depends on the surface area and volume of a food. For an overall efficiency of 20%, one watt of mechanical power is equivalent to 4.3 kcal (18 kJ) per hour. For example, a manufacturer of rowing equipment shows calories released from 'burning' food as four times the actual mechanical work, plus 300 kcal (1,300 kJ) per hour, which amounts to about 20% efficiency at 250 watts of mechanical output. It can take up to 20 hours of little physical output (e.g. walking) to "burn off" 4,000 kcal (17,000 kJ) more than a body would otherwise consume. For reference, each pound of body fat equates to approximately 3,500 kilocalories.

In addition, the quality of calories matters because the energy absorption rate of different foods with equal amounts of calories may vary. Some nutrients have regulatory roles effected by cell signaling, in addition to providing energy for the body. For example, leucine plays an important role in the regulation of protein metabolism and suppresses an individual's appetite. Saturated fats promote fat synthesis in the human body, while PUFAs (poly unsaturated fatty acids) inhibit fat synthesis and promote fat oxidation.

Swings in body temperature – either hotter or cooler – increase the metabolic rate, thus burning more energy. Prolonged exposure to extremely warm or very cold environments increases the basal metabolic rate (BMR). People who live in these types of settings often have BMRs 5–20% higher than those in other climates. Physical activity also significantly increases body temperature, which in turn uses more energy from respiration.