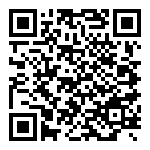 A carbohydrate is a large biological molecule, or macromolecule, consisting of carbon (C), hydrogen (H), and oxygen (O) atoms, usually with a hydrogen:oxygen atom ratio of 2:1 (as in water); in other words, with the empirical formula Cm(H2O)n (where m could be different from n). Some exceptions exist; for example, deoxyribose, a sugar component of DNA, has the empirical formula C5H10O4. Carbohydrates are technically hydrates of carbon; structurally it is more accurate to view them as polyhydroxy aldehydes and ketones.

Carbohydrates perform numerous roles in living organisms. Polysaccharides serve for the storage of energy (e.g., starch and glycogen), and as structural components (e.g., cellulose in plants and chitin in arthropods). The 5-carbon monosaccharide ribose is an important component of coenzymes (e.g., ATP, FAD, and NAD) and the backbone of the genetic molecule known as RNA.

The related deoxyribose is a component of DNA. Saccharides and their derivatives include many other important biomolecules that play key roles in the immune system, fertilization, preventing pathogenesis, blood clotting, and development.

In food science and in many informal contexts, the term carbohydrate often means any food that is particularly rich in the complex carbohydrate starch (such as cereals, bread, and pasta) or simple carbohydrates, such as sugar (found in candy, jams, and desserts).

Carbohydrates are either simple or complex, and are major sources of energy inall human diets. They provide energy of 4 Kcal/g. The simple carbohydrates,glucose and fructose, are found in fruits, vegetables and honey, sucrose in sugarand lactose in milk, while the complex polysaccharides are starches in cereals,millets, pulses and root vegetables and glycogen in animal foods. The other complexcarbohydrates which are resistant to digestion in the human digestive tract arecellulose in vegetables and whole grains, and gums and pectins in vegetables, fruitsand cereals, which constitute the dietary fibre component. In India, 70-80% of totaldietary calories are derived from carbohydrates present in plant foods such ascereals, millets and pulses.

Carbohydrates are a common source of energy in living organisms; however, no carbohydrate is an essential nutrient in humans. Carbohydrates are not essential for the synthesis of other molecules. Humans are able to obtain 100% of their energy requirement from protein and fats.

Following a diet consisting of very low amounts of daily carbohydrate for several days will usually result in higher levels of blood ketone bodies than an isocaloric diet with similar protein content.

This relatively high level of ketone bodies is commonly known as ketosis and is very often confused with the potentially fatal condition often seen in type 1 diabetics known as Diabetic ketoacidosis. Somebody suffering ketoacidosis will have much higher levels of blood ketone bodies along with high blood sugar, dehydration and electrolyte imbalance.

Long-chain fatty acids cannot cross the blood–brain barrier, but the liver can break these down to produce ketones. However the medium-chain fatty acids octanoic and heptanoic acids can cross the barrier and be used by the brain, which normally relies upon glucose for its energy. Gluconeogenesis allows humans to synthesize some glucose from specific amino acids, from the glycerol backbone in triglycerides and in some cases from fatty acids.

Organisms typically cannot metabolize all types of carbohydrate to yield energy. Glucose is a nearly universal and accessible source of calories. Many organisms also have the ability to metabolize other monosaccharides and disaccharides but glucose is often metabolized first. In Escherichia coli, for example, the lac operon will express enzymes for the digestion of lactose when it is present, but if both lactose and glucose are present the lac operon is repressed, resulting in the glucose being used first.

Polysaccharides are also common sources of energy. Many organisms can easily break down starches into glucose, however, most organisms cannot metabolize cellulose or other polysaccharides like chitin and arabinoxylans. These carbohydrates types can be metabolized by some bacteria and protists. Ruminants and termites, for example, use microorganisms to process cellulose. Even though these complex carbohydrates are not very digestible, they represent an important dietary element for humans, called dietary fiber. Fiber enhances digestion, among other benefits.