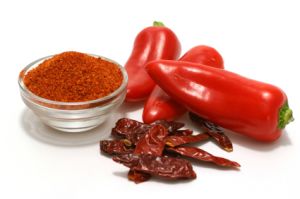 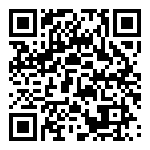 The cayenne pepper—also known as the Guinea spice, cow-horn pepper, aleva, bird pepper, or, especially in its powdered form, red pepper—is a hot chili pepper used to flavor dishes. It remains green on the plant even when mature, once picked may or may not turn red which is when it is normally eaten, but also eaten while still green. It is a cultivar of Capsicum annuum related to bell peppers, jalapeños, paprika and others. The Capsicum genus is in the nightshade family (Solanaceae).

It is named for the city of Cayenne in French Guiana.

The fruits are generally dried and ground, or pulped and baked into cakes, which are then ground and sifted to make the powdered spice of the same name.

Cayenne is used in cooking spicy dishes, as a powder or in its whole form (such as in Korean, Sichuan and other Asian cuisine), or in a thin, vinegar-based sauce. It is generally rated at 30,000 to 50,000 Scoville units. It is also used as an herbal supplement, and was mentioned by Nicholas Culpeper in his Complete Herbal, 1653, as "guinea pepper" a misnomer for "guiana pepper.

Most cultivated varieties of cayenne, Capsicum annuum, can be grown in a variety of locations and need approximately 100 days to mature. Peppers prefer warm, moist, nutrient-rich soil in a warm climate. The plants grow to about 2–4 feet in height and should be spaced 3 ft apart. In gardens the plants may be planted as close as 1 ft part in a raised bed. This may reduce the yield of an individual plant but will increase yields per unit area.

Chilis are mostly perennial in sub-tropical and tropical regions; however, they are usually grown as annuals in temperate climates. They can be overwintered if protected from frost, and require some pruning.

Cayenne pepper, by weight, is relatively high in vitamin A. It also contains vitamin B6, vitamin E, vitamin C, riboflavin, potassium and manganese. However, given the very small amount of cayenne pepper typically consumed in a serving, it makes a negligible contribution to overall dietary intake of these nutrients.

Cayenne pepper consumption dilates the blood vessels and speeds the metabolism due to the high amounts of capsaicin. This increases circulation and blood flow to all major organs which facilitates oxygen and nutrient delivery. Some research suggests that cayenne pepper may support a healthy energy balance while suppressing appetite. It has also been shown to aid in the oxidation of adipose tissue., regulate high blood pressure, promote healthy liver function and tissue production, help regulate the digestive system, promote healthy mucus production in the membranes that line internal organs.Cayenne pepper is also claimed to be an aphrodisiac because it contains capsaicin.

Cayenne pepper aids in breaking up and moving congested mucus. Once mucus begins to leave the body, relief from flu symptoms generally follows.

The results of one study indicated that cayenne pepper could effectively prevent the formation of the fungal pathogens phomopsis and collectotrichum .

This may be related to the pepper’s ability to stimulate a pain response in a different area of the body, thus reverting the brain’s attention to the new site. Following this initial pain reaction, the nerve fibers have a depleted substance P (the nerve’s pain chemical), and the perception of pain is lessened.

Cayenne is an anti- agent and may even help relieve allergies.

Cayenne is a well-known digestive aid. It stimulates the digestive tract, increasing the flow of enzyme production and gastric juices. This aids the body’s ability to metabolize food (and toxins). Cayenne pepper is also helpful for relieving intestinal gas. It stimulates intestinal peristaltic motion, aiding in both assimilation and elimination.

Cayenne’s properties makes it a great herb for many chronic and degenerative conditions.

Cayenne pepper also helps reduce atherosclerosis, encourages fibrinolytic activity and prevents factors that lead to the formation of blood clots, all of which can help reduce the chances of a heart attack or stroke.


Cayenne is a known circulatory stimulant. It also increases the pulse of our lymphatic and digestive rhythms. By heating the body, the natural process of detoxification is streamlined. Cayenne also causes us to sweat, another important process of detoxification. Combined with lemon juice and honey, cayenne tea is an excellent morning beverage for total body detox.

Extremely high in a substance called capsaicin, cayenne pepper acts to cause temporary pain on the skin, which sends chemical messengers from the skin into the joint, offering relief for joint pain.

Cayenne is an excellent preservative and has been used traditionally to prevent food contamination from bacteria.

Studies done at the Loma Linda University in California found that cayenne pepper may help prevent lung cancer in smokers . This may be again related to cayenne’s high quantity of capsaicin, a substance that might help stop the formation of tobacco-induced lung tumors. Other studies have also shown a similar reaction in cayenne’s resistance to liver tumors.

Scientists at the Laval University in Quebec found that participants who took cayenne pepper for breakfast were found to have less appetite, leading to less caloric intake throughout the day. Cayenne is also a great metabolic-booster, aiding the body in burning excess amounts of fats.

Cayenne is an excellent agent against tooth and gum diseases.

As a poultice, cayenne has been used to treat snake bites, rheumatism, sores, wounds and lumbago.