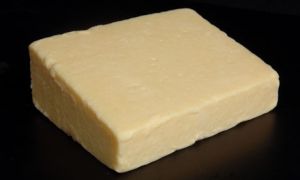 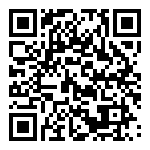 Cheddar cheese is a relatively hard, pale-yellow-to-off-white (unless artificially coloured), sometimes "sharp" (i.e., acidic)-tasting, natural cheese. Originating in the English village of Cheddar in Somerset, cheeses of this style are produced beyond this region and in several countries around the world.

Cheddar is the most popular type of cheese in the U.K., accounting for 51 percent of the country's £1.9 billion annual cheese market; it is also the second-most-popular cheese in the U.S.A., with an average annual consumption of 10 lb per capita. The United States produced 3,233,380,000 lb in 2010, and the UK 258,000 long tons in 2008. The term "cheddar cheese" is widely used, but has no Protected Designation of Origin within the European Union. However, only cheddar produced from local milk within four counties of South West England, may use the name "West Country Farmhouse Cheddar.

Cheddar made in the classical way tends to have a sharp, pungent flavour, often slightly earthy. Its texture is firm, with farmhouse traditional cheddar being slightly crumbly; it should also, if mature, contain large cheese crystals consisting of calcium lactate – often precipitated when matured for times longer than six months. Real Cheddar is never "soapy", in texture or mouthfeel, and tends to be more brittle than other types of cheeses.

Cheddar is usually a deep to pale yellow colour, but food colourings are sometimes used in industrial varieties of cheddar-style cheeses. One commonly used example is annatto, extracted from seeds of the tropical achiote tree. The largest producer of industrial cheddar-style cheese in the United States, Kraft, uses a combination of annatto and oleoresin paprika, an extract of the lipophilic (oily) portion of paprika.

Coloured cheddar cheese has long been sold, but even as early as 1860, the real reason for this was unclear: Joseph Harding stated "to the cheese consumers of London who prefer an adulterated food to that which is pure I have to announce an improvement in the annatto with which they compel the cheesemakers to colour the cheese". According to David Feldman, an author of trivia books, "The only reason why cheesemakers colour their product is because consumers seem to prefer it".

Cheddar cheese was sometimes (and still can be found) packaged in black wax, but was more commonly packaged in larded cloth, which was impermeable to contaminants, but still allowed the cheese to "breathe", although this practice is now limited to artisan cheese makers.The Slow Food Movement has created a Cheddar Presidium, claiming that only three cheeses should be called "Original Cheddar". Their specifications, which go further than the West Country Farmhouse Cheddar Protected Designation of Origin (PDO), require that cheddar cheese be made in Somerset and with traditional methods, such as using raw milk, traditional animal rennet, and a cloth wrapping.

Notable cheddar cheeses include "Quickes", which in 2009 was awarded cheese of the year by the British Cheese Association, "Keen's", with a strong tang, and "Montgomery's", with an apple aftertaste. Lincolnshire Poacher cheese is an example of a cheese made in the style of a traditional cheddar in Lincolnshire.

sharp is my favorite