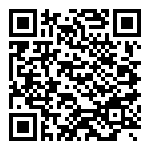 Eggs are laid by female animals of many different species, including birds, reptiles, amphibians, and fish, and have been eaten by humans for thousands of years. Egg yolks and whole eggs store significant amounts of protein and choline, and are widely used in cookery.

Chicken eggs are widely used in many types of dishes, both sweet and savory, including many baked goods. Some of the most common preparation methods include scrambled, fried, hard-boiled, soft-boiled, omelettes and pickled. They can also be eaten raw, though this is not recommended for people who may be especially susceptible to salmonellosis, such as the elderly, the infirm, or pregnant women. In addition, the protein in raw eggs is only 51% bioavailable, whereas that of a cooked egg is nearer 91% bioavailable, meaning the protein of cooked eggs is nearly twice as absorbable as the protein from raw eggs.

As an ingredient, egg yolks are an important emulsifier in the kitchen, and are also used as a thickener in custards.

The albumen, or egg white, contains protein, but little or no fat, and can be used in cooking separately from the yolk. The proteins in egg white allow it to form foams and aerated dishes. Egg whites may be aerated or whipped to a light, fluffy consistency, and are often used in desserts such as meringues and mousse.

Ground egg shells are sometimes used as a food additive to deliver calcium. Every part of an egg is edible, although the eggshell is generally discarded. Some recipes call for immature or unlaid eggs, which are harvested after the hen is slaughtered or cooked while still inside the chicken.

1. An egg a day may prevent macular degeneration due to the carotenoid content.

2. Carotenoid contains lutein and zeaxanthin, both help lower the risk of developing cataracts.

3. One egg contains 6 grams of high-quality protein and all nine essential amino acids.

4. According to a Harvard School of Public Health study, there is no significant link between egg consumption and heart disease. In fact, according to one study, regular consumption of eggs may help prevent blood clots, strokes and heart attacks.

5. One egg yolk has about 300 micrograms of choline, a nutrient that helps regulate the brain, nervous system and cardiovascular system.

6. Despite the hoopla of eggs being high in fat, it is the right kind of fat. One egg contains just 5 grams of fat and only 1.5 grams of that is saturated fat.

7. New research shows that moderate consumption of eggs does not have a negative impact on cholesterol. In fact, recent studies have shown that regular consumption of two eggs per day does not affect a person's lipid profile and may, in fact, improve it. Research suggests that it is saturated fat that raises cholesterol rather than dietary cholesterol.

8. Eggs are one of the only foods that contain naturally occurring vitamin D.

9. Eggs may prevent breast cancer. In one study, women who consumed at least six eggs per week lowered their risk of breast cancer by 44%.

10. Eggs promote healthy hair and nails because of their high sulphur content and wide array of vitamins and minerals.

all this time i thought they were unhealthy...