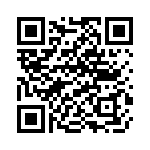 A fiery oil, flavored with chile peppers, that's used as a seasoning.

Chili oil is a condiment made from vegetable oil that has been infused with chili peppers. It is commonly used in Chinese cuisine, East and Southeast Asia and elsewhere. Particularly popular in Sichuan cuisine, it is used as an ingredient in cooked dishes as well as a condiment. It is sometimes used as a dip for meat and dim sum. It is also employed in the Korean Chinese noodle soup dish jjamppong.

Chili oil is typically red in color. It is made from vegetable oil, often soybean oil or sesame oil, although olive oil or other oils may be used. Other spices may be included such as Sichuan pepper, garlic, or paprika. (Note : if garlic is used, the shelf life is significantly shortened because the anaerobic conditions in the oil can lead to germination of Clostridium botulinum, found naturally in soil, which could then lead to botulism in the consumers of the chili oil.) The spices are soaked in oil.

Commercial preparations may include other kinds of oil, water, dried garlic, soy sauce, and sugar. Recipes targeted to Western cooks also suggest other popular oils such as rapeseed, grapeseed or peanut, and any dried or fresh chili peppers. The solids typically settle to the bottom of the container in which it is stored. When using chili oil, the cook or diner may choose how much of the solids to use; sometimes only the oil is used, without any solids.Chili oil is commercially available in glass jars, although it may also be made from scratch at home. It is usually available by request at Chinese restaurants.