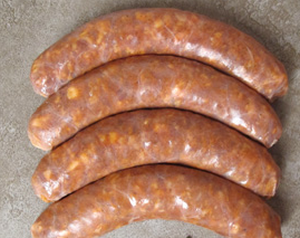 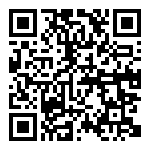 A spicy Spanish sausage containing a mixture of pork, pepper, and chilies.

Chorizo or chouriço is a term originating in the Iberian Peninsula encompassing several types of pork sausages. Traditionally, chorizo is encased in natural casings made from intestines, a method used since Roman times.

Chorizo can be a fresh sausage, in which case it must be cooked before eating. In Europe, it is more frequently a fermented, cured, smoked sausage, in which case it is often sliced and eaten without cooking, and can be added as an ingredient to add flavour to other dishes. Spanish chorizo and Portuguese chouriço get their distinctive smokiness and deep red color from dried smoked red peppers.

Due to culinary tradition and the high cost of imported Spanish smoked paprika, Mexican chorizo is usually made with native chili peppers of the same Capsicum annuum family, used abundantly in Mexican cuisine. In Latin America, vinegar also tends to be used instead of the white wine usually used in Spain.

Chorizo can be eaten sliced in a sandwich, grilled, fried, or simmered in liquid, including apple cider, other strong alcoholic beverage such as aguardiente. It also can be used as a partial replacement for ground (minced) beef or pork.

Spanish-style tapas bars that serve traditional Spanish-style chorizo have gained in popularity in recent years, and now appear in many large cities throughout North America and other parts of Europe.
Post your comment ...
sign in with ...
missing class include : daIp