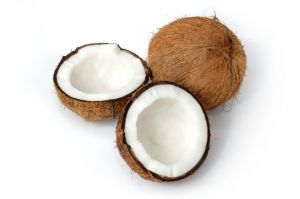 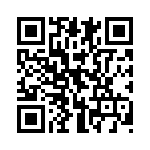 The coconut palm, Cocos nucifera, is a member of the family Arecaceae. It is the only accepted species in the genus Cocos. The term coconut can refer to the entire coconut palm, the seed, or the fruit, which, botanically, is a drupe, not a nut. The spelling cocoanut is an archaic form of the word. The term is derived from 16th-century Portuguese and Spanish coco, meaning "head" or "skull", from the three small holes on the coconut shell that resemble human facial features.

Found throughout the tropic and subtropic area, the coconut is known for its great versatility as seen in the many uses of its different parts. Coconuts are part of the daily diets of many people. Coconuts are different from any other fruits because they contain a large quantity of "water" and when immature they are known as tender-nuts or jelly-nuts and may be harvested for drinking. When mature, they still contain some water and can be used as seednuts or processed to give oil from the kernel, charcoal from the hard shell and coir from the fibrous husk. The endosperm is initially in its nuclear phase suspended within the coconut water. As development continues, cellular layers of endosperm deposit along the walls of the coconut, becoming the edible coconut "flesh". When dried, the coconut flesh is called copra. The oil and milk derived from it are commonly used in cooking and frying; coconut oil is also widely used in soaps and cosmetics. The clear liquid coconut water within is a refreshing drink. The husks and leaves can be used as material to make a variety of products for furnishing and decorating. It also has cultural and religious significance in many societies that use it.

Cocos nucifera is a large palm, growing up to 30 m tall, with pinnate leaves 4–6 m long, and pinnae 60–90 cm long; old leaves break away cleanly, leaving the trunk smooth. Coconuts are generally classified into two general types: tall and dwarf. On very fertile land, a tall coconut palm tree can yield up to 75 fruits per year, but more often yields less than 30, mainly due to poor cultural practices. In recent years, improvements in cultivation practices and breeding have produced coconut trees that can yield more.

Considered one of the most treasured foods of all time, coconut products — including coconut flesh, coconut water, coconut oil, and coconut cream — each deliver superb health benefits.

Coconut oil, for instance, is considered the best and safest oil to use for cooking even superior to extra virgin olive oil when it comes to giving the body what it needs for optimum health. Unlike other fats and oils that we typically use for cooking and baking, coconut oil does not form polymerized oils or dangerous trans fatty acids in our bodies, which can raise our cholesterol levels; clog our arteries and even make our skin sag and wrinkle. Plus, this ultra-safe oil can give your body important antioxidants that can help build stronger cells and improve your overall health and well being.

Coconut Water – The coconut is a natural water filter. It takes almost 9 months for a coconut to filter every quart of water stored within its shell. This makes the resulting coconut water completely pure and sterile, which is one reason why it can be used for blood transfusions.
Another benefit of coconut water is the fact that it has the highest concentration of electrolytes than anything else found in nature. This makes it an excellent source of hydration.

Coconut Oil – In addition to being superior for cooking and baking, coconut oil also makes a superb topical oil that can help to naturally rid the skin of dangerous toxins. It also gives the skin the perfect mix of hydration and antioxidants that it needs to stay healthy, smooth and younger-looking longer.

Another great benefit of coconut oil is in protecting your teeth from the bacteria that can cause cavities and disease. Simply rubbing a little fresh coconut oil on your gums and teeth can keep them stronger and healthier than virtually any other dental treatment.

Unsaturated fats found in canola, corn and other vegetable oils, as well as margarine suppress the metabolism, which makes it harder to lose weight — and easier to gain it. Over time, this metabolism suppression may result in 20-30 pounds of excess weight that your body cannot get rid of. Coconut oil, on the other hand, helps to increase thyroid function and boost your metabolism — 2 important components to shedding unwanted pounds.

Coconut Cream – The best skin treatment product one can use to achieve flawless skin may quite possibly be coconut cream. Unlike traditional skin creams which can actually introduce fats and oils to the skin that will break it down over time, making it look older, creams derived from the coconut can actually replenish the skin, giving it a more youthful and healthy glow than most other skin care products on the market.

When it comes to buying coconut products, coconuts are not all created equal. Wild coconuts are always best, but can be hard to obtain if you don’t live in a tropical country. Whether you are using this wonder food to boost your immune system; increase your metabolism or fight wrinkles, using products from young coconuts will help you reap the most benefit.

Young coconuts contain the purest unsaturated fat, compared to the fat found in the more mature varieties. This is why they offer the most rejuvenation properties for the body’s tissues. Young coconuts are usually green in color and oddly shaped. The brown hairy ones are mature coconuts, and while they offer a lot of healthy benefits, they aren’t nearly as good for you as younger varieties.