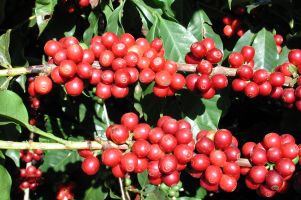 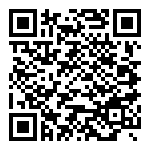 A coffee bean is a seed of the coffee plant, and is the source for coffee. It is the pit inside the red or purple fruit often referred to as a cherry. Even though they are seeds, they are incorrectly referred to as 'beans' because of their resemblance to true beans. The fruits - coffee cherries or coffee berries - most commonly contain two stones with their flat sides together. A small percentage of cherries contain a single seed, instead of the usual two. This is called a peaberry. Like Brazil nuts (a seed) and white rice, coffee seeds consist mostly of endosperm.

Recently the cherry berry has achieved a status of its own. Extracts from the coffee cherry have been discovered to have up to three times the antioxidant potential of green tea, which makes it a powerhouse of antioxidant activity. It ranks higher than even blueberries on the ORAC scale. (used to measure antioxidant power). With all that antioxidant potential, it's no wonder attention has turned to the effects the coffee berry extract might have on the skin.

After several studies demonstrated extract of coffee cherries improved the appearance of wrinkles skin discoloration, and enhanced skin smoothness, a company released a set of skin care products with coffee cherry extract as its main ingredient which they named RevaleSkin. With such positive results in preliminary studies, other companies are sure to follow. Allure magazine in their January 2007 issue enthusiastically touted the benefits of extract from coffee berries with reports that it was associated with a 46 percent improvement in fine lines and a 64 percent improvement in skin smoothness.

Of course such anti-aging potential doesn't come without a price. The products by RevaleSkin which include a facial cleanser, a day cream, and a night cream retail for between $40.00 and $110.00 in the offices of plastic surgeons and dermatologists nationwide.