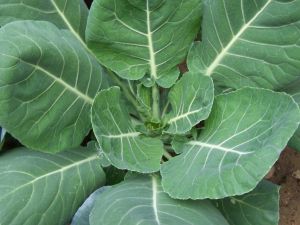 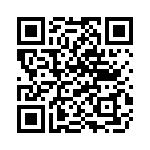 Collard greens are grown for their large, dark-colored, edible leaves and as a garden ornamental, mainly in Brazil, Portugal, the southern United States, many parts of Africa, Montenegro, Bosnia and Herzegovina, southern Croatia, northern Spain and in India. They are classified in the same cultivar group as kale and spring greens, to which they are genetically similar.
The plant is also called couve in Brazil and in Portugal, couve galega or couve portuguesa (among several other names) in Cape Verde, berza in Spanish-speaking countries, raštika in Bosnia and Herzegovina and Croatia and raštan in Montenegro and zelje in Serbia. In Kashmir, it is called haak. In Kenya it is more commonly known by its Swahili name, sukuma wiki, and is often confused with kales. In New Zealand, it is called Dalmatian Cabbage.
Culinary use
Collard greens have been eaten for at least 2000 years, with evidence showing that the Ancient Greeks cultivated several forms of both collard greens and kale.
Southern United States
Collard greens are a staple vegetable of Southern U.S. cuisine. They are often prepared with other similar green leaf vegetables, such as kale, turnip greens, spinach, and mustard greens in "mixed greens". They are generally eaten year-round in the South. Typical seasonings when cooking collards can consist of smoked and salted meats (ham hocks, smoked turkey drumsticks, pork neckbones, fatback or other fatty meat), diced onions, vinegar, salt, and black, white, or crushed red pepper, and some cooks add a small amount of sugar. Traditionally, collards are eaten on New Year's Day, along with black-eyed peas or field peas and cornbread, to ensure wealth in the coming year, as the leaves resemble folding money. Cornbread is used to soak up the "pot liquor", a nutrient-rich collard broth. Collard greens may also be thinly sliced and fermented to make collard kraut, which is often cooked with flat dumplings.
Kenya (East Africa)

Collard greens are known as 'sukuma wiki' in Kenya.
In Congo, Tanzania and Kenya (East Africa), thinly sliced collard greens are the main accompaniments of a popular dish known as sima or ugali (a corn flour cake).
'Sukuma Wiki' is mainly lightly sauteed in oil until tender, flavoured in onions and seasoned with salt and is served either as the main accompaniment or as a side dish with preferred meat (fish, chicken, beef, pork).
Brazil and Portugal
Caldo verde is a popular Portuguese soup made with collard greens.
In Portuguese and Brazilian cuisine, collard greens are common accompaniments of fish and meat dishes. They are a standard side dish for feijoada, a popular pork and beans-style stew.
Thinly sliced collard greens are also the main ingredient of a popular Portuguese soup, caldo verde (green broth). For this broth the leaves are sliced into strips, 2 or 3 mm wide (sometimes by the grocer or market vendor, with a special hand-cranked slicer) and added to the other ingredients 15 minutes before it is served.
India
In Kashmir this vegetable is well renowned. It finds its place in almost every meal in Kashmiri houses, with both leaves and roots consumed. Leaves in the bud are harvested by pinching in early spring, when the dormant buds sprout and give out tender leaves. Also, seedlings of 35–40 days' age, as well as mature plants, are pulled out along with roots from thickly sown beds. When the extending stem bears alternate leaves in quick succession during on-season, older leaves are harvested periodically. Before the autumn season, the apical portion of stem is removed along with the whorled leaves.It is called haak there.
The roots and the leaves may be cooked together or separately. A common dish is haak rus, a soup of whole collard leaves cooked in water, salt and oil, usually consumed with rice. The leaves are also cooked along with meat, fish or cheese. In the winter, collard leaves and roots are fermented to form a very popular pickle called haak-e-aanchaar.
Health benefits of Collard greens
1. Wonderfully nutritious collard leaves are very low in calories and contain no cholesterol. However, its green leaves contain a very good amount of soluble and insoluble dietary fiber that helps control LDL cholesterol levels and offer protection against hemorrhoids, constipation as well as colon cancer diseases.
2. Widely considered to be wholesome foods, collards are rich in invaluable sources of phyto-nutrients with potent anti-cancer properties, such as di-indolyl-methane and sulforaphane that have proven benefits against prostate, breast, cervical, colon, ovarian cancers by virtue of their cancer-cell growth inhibition and cytotoxic effects on cancer cells.
3. Di-indolyl-methane has also found to be effective immune modulator, anti-bacterial and anti-viral properties by potentiating Interferon-gamma receptors.
4. The leaves are also an excellent source of folates. Folates are important in DNA synthesis and when given during the peri-conception period can prevent neural tube defects in the baby.
5. Fresh collard leaves are also rich in vitamin-C, provides about 59% of RDA per 100 g. Vitamin-C is a powerful natural anti-oxidant that offers protection against free radical injury and flu-like viral infections.
6. Collard greens are an excellent source of vitamin-A and carotenoid anti-oxidants such as lutein, carotenes, zea-xanthin, crypto-xanthin, etc. These compounds are scientifically found to have antioxidant properties. Vitamin A also required maintaining healthy mucus membranes and skin and is also essential for healthy vision. Consumption of natural fruits rich in flavonoids helps to protect from lung and oral cavity cancers.
7. This leafy vegetable contains amazingly high levels of vitamin-K, and it has a potential role in the increase of bone mass by promoting osteotrophic activity in the bone. It also has the beneficial effect in Alzheimer's disease patients by limiting neuronal damage in their brain.
8. Collards are rich in many vital B-complex groups of minerals such as niacin (vitamin B-3), pantothenic acid (vitamin B-5), pyridoxine (vitamin B-6) and riboflavin.
9. Further, the leaves and stems are good in minerals like iron, calcium, copper, manganese, selenium and zinc.
Recipe for Collard greens.
Read More at Wikipedia.