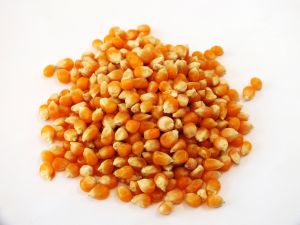 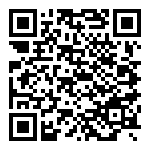 Corn, also known as maize, is one of the most successful cereal grasses of all time. It has been under human cultivation for over 10,000 years and has spread itself into every niche of commercial agriculture. Like most grain producing grasses, corn is an annual that must be replanted each year. While the plant originates in the New World, it is grown all over the world and used for a staggering array of products. It is far more productive than most cereal crops and able to sustain a higher population than relatives like wheat, rye, or rice.
Corn grows in warm weather and usually matures in late summer. The stalks can grow between 3 feet (1 meter) and 20 feet (6 meters) tall, depending upon the cultivar. At one point, there were thousands of varieties in production, but these numbers have since dwindled to less than 100 hardy, predictable varieties with large fleshy kernels. Corn grows in ears, tight clusters of kernels around a central core or cob that is covered in a leafy husk. It has been bred in such a way that it has difficulty reproducing without human assistance, thanks to this husk.
Corn is also used in everything imaginable. In addition to being eaten straight off the cob or popped, it is used to manufacture corn syrup, a wildly successful artificial sweetener. It is also used to synthesize a number of compounds used in manufacturing processes, such as corn starch, which is in everything from cardboard to biodegradable containers. The plant is extensively cultivated to produce animal feed, with all feedlot animals consuming pounds of the crop each day. In addition, it is used in the manufacture of alcohol and ethanol, a commonly used alternative fuel.

Cuisines Commonly Making Corn Recipes
Corn is used as a staple ingredient in most of the world cuisines. Corn is used in various forms in several cuisines. Cornmeal is fondly used in making polenta in Italian cuisine. Brazilian and Romanian cuisines are also famous for making corn recipes such as angu, mamaliga and canjica. Sajda and Ugali are some of the most popular US corn dishes that are equally delicious as of mealie pap in African cuisine. All these mentioned dishes have one thing in common that all include corn or maize as the main ingredient. Tortilla, the most popular Mexican snack is also the product of cornmeal and hence considered as one of the most commonly eaten corn dishes across the world. Corn on the cob is a fondly eaten snack in many countries such as USA, UK, India and Canada. A popular Vietnamese snack is dried corn kernels mixed with chopped green onion and seasoned with oil and salt. In many other global cuisines also, corn is used in many forms in making corn dishes.
Culinary Use of Corn
Corn has diversified usage in culinary world. Mostly the sweet corn variety is used in making corn dishes. Corn or maize is considered a staple food in many parts of world. The most commonly made corn recipe is popcorn. The corn kernels exploded on heating and form popcorn. It is a very popular snack across the world. The sweet corn variety of corn is commonly eaten as raw and fondly used in soups, salads and many other cooked dishes. As a garnish, sweet corn is a very popular ingredient. Corn is widely used in making cornmeal. Cornmeal is the ground form of dried corns. It can easily substitute wheat and widely used in making cornbread and ‘makki ki roti’(Indian bread). The most common breakfast cereal is cornflakes and that is also one the most popular corn recipes. Corn can also be grated and transform into puree to make ice creams and cakes. Cornstarch and corn flour are also some of the most popular processed forms of corn and extensively used in making several corn dishes. Oil is extracted from corns and used as cooking oil.
Popular Corn Recipes

1 Makki ki roti – It’s a very popular Indian bread made up of cornmeal.
2.Hominy – It is one of the most popular corn recipes in Mexican cuisine. It is made up of dried corn.
3.Corn on the cob – In USA, corn on the cob is usually sold by hawkers as a street food.
4.Canjica – In this corn recipe, corn kernels are mixed with sweetened milk and boiled. It is one of the most popular Brazilian corn recipes.
5.Pamonhas – Corn is the main ingredient in this another Brazilian dish.
6.Tortilla- These are chips made up of cornmeal and one of the most commonly eaten corn recipes in Mexican cuisine.
Read More at Wikipedia.
Recipes using Corn.
Post your comment ...
sign in with ...
missing class include : daIp