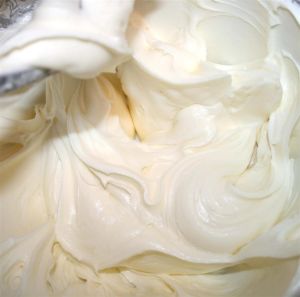 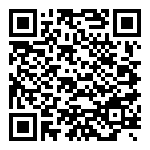 Cream cheese is a soft, mild-tasting cheese with a high fat content. Stabilizers such as carob bean gum and carrageenan are added.

The U.S. Department of Agriculture defines the dairy product as containing at least 33% milk fat (as marketed) with a moisture content of not more than 55%, and a pH range of 4.4 to 4.9. In other countries, it is defined differently and may need a considerably higher fat content.

Cream cheese is not naturally matured and is meant to be consumed fresh, and so it differs from other soft cheeses such as Brie and Neufchâtel. It is more comparable in taste, texture and production methods to Boursin and Mascarpone.

Cream cheese is often spread on bread, bagels, crackers, etc., and used as a dip for potato chips and similar snack items, and in salads. It can be mixed with other ingredients to make spreads, such as yogurt-cream spread (1.25 parts cream cheese, 1 part yogurt, whipped).

Cream cheese can be used for many purposes in sweet and savoury cookery, and is in the same family of ingredients as other milk products, such as cream, milk, butter, and yogurt. It can be used in cooking to make cheesecake and to thicken sauces and make them creamy. Cream cheese is sometimes used in place of or with butter (typically two parts cream cheese to one part butter) when making cakes or cookies, and cream cheese frosting.

It is the main ingredient in crab rangoon, an appetizer commonly served at American Chinese restaurants. It can also be used instead of butter or olive oil in mashed potatoes. It is also commonly used in some western-style sushi rolls.

American cream cheese tends to have lower fat content than elsewhere, but "Philadelphia" branded cheese is sometimes suggested as a substitute for petit suisse.