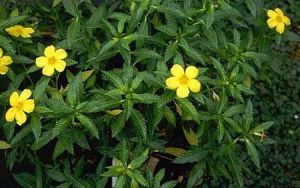 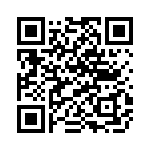 Turnera diffusa, known as damiana, is a shrub native to southwestern Texas in the United States, Central America, Mexico, South America, and the Caribbean. It belongs to the family Passifloraceae.

Uses
1. Damiana has long been claimed to have a stimulating effect on libido, and its use as an aphrodisiac has continued into modern times. More recently, some corroborating scientific evidence in support of its long history of use has emerged. Damiana has been shown to be particularly stimulating for sexually exhausted or impotent male rats as well as generally increased sexual activity in rats of both sexes. It has also been shown that damiana may function as an aromatase inhibitor, which has been suggested as a possible method of action for its reputed effects.
2. Damiana might be effective as an anxiolytic.
3. Damiana is an ingredient in a traditional Mexican liqueur, which is sometimes used in lieu of Triple Sec in margaritas. Mexican folklore claims that it was used in the "original" margarita. The damiana margarita is popular in the Los Cabos region of Mexico.
4. Damiana was included in several 19th century patent medicines, such as Pemberton's French Wine Coca. The leaves were omitted from that product's non-alcoholic counterpart, Coca-Cola.
Read More at Wikipedia.