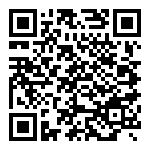 Edible seaweed are algae that can be eaten and used in the preparation of food. It typically contains high amounts of fiber and they contain a complete protein.  They may belong to one of several groups of multicellular algae: the red algae, green algae, and brown algae.

Seaweeds are also harvested or cultivated for the extraction of alginate, agar and carrageenan, gelatinous substances collectively known as hydrocolloids or phycocolloids. Hydrocolloids have attained commercial significance, especially in food production as food additives.

Most edible seaweeds are marine algae whereas most freshwater algae are toxic. While marine algae are not toxic, some do contain acids that irritate the digestion canal, while some others can have a laxative and electrolyte-balancing effect.

Seaweeds are used extensively as food in coastal cuisines around the world. Seaweed has been a part of diets in China, Japan, and Korea since prehistoric times.

Seaweed contains high levels of iodine relative to other foods. In the Philippines, Tiwi, Albay residents discovered a new pancit or noodles made from seaweed, which can be cooked into pancit canton, pancit luglug, spaghetti or carbonara and is claimed to have health benefits such as being rich in calcium, magnesium and iodine.