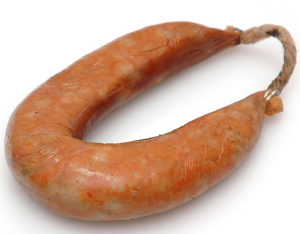 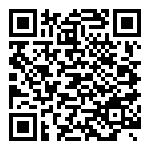 Farinheira is a Portuguese smoked sausage made mainly from wheat flour, pork fat and seasonings (white wine, paprika, salt and pepper). Its original recipe did not contain pork fat. It has a yellow/brown colour and is served in traditional dishes like feijoada or cozido à portuguesa. It is also eaten on its own, roasted or fried. In modern versions, it is previously cooked, then peeled and mixed with scrambled eggs and served in bread or toast as a starter.

Although it resembles a chouriço or other meat sausage, its taste is not meaty; it's tangy (but not hot), with a doughy texture and has a somewhat sweet finish in the palate. It is never cooked sliced unlike other sausages since its dough like content would pour out of the skin during cooking.
Post your comment ...
sign in with ...
missing class include : daIp