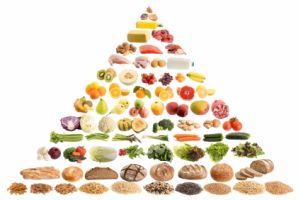 Nutrition is the process of breaking down food and substances taken in by the mouth to use for energy in the body or it is the process of obtaining and consuming food. By practicing a healthy diet, many of the known health issues can be avoided.

The diet of an organism is what it eats, which is largely determined by the perceived palatability of foods. Dietitians are health professionals who specialize in human nutrition, meal planning, economics, and preparation. They are trained to provide safe, evidence-based dietary advice and management to individuals (in health and disease), as well as to institutions.

Clinical nutritionists are health professionals who focus more specifically on the role of nutrition in chronic disease, including possible prevention or remediation by addressing nutritional deficiencies before resorting to drugs. While government regulation of the use of this professional title is less universal than for "dietician", the field is supported by many high-level academic programs, up to and including the Doctoral level, and has its own voluntary certification board, professional associations, and peer-reviewed journals, e.g. the American Society for Nutrition, Nutrition Society of India, Food Scientists and Nutritionists Association India, Indian Dietetic Association and the American Journal of Clinical Nutrition.
A poor diet may have an injurious impact on health, causing deficiency diseases such as scurvy and kwashiorkor; health-threatening conditions like obesity and metabolic syndrome; and such common chronic systemic diseases as cardiovascular disease, diabetes, and osteoporosis.

Nutritional science investigates the metabolic and physiological responses of the body to diet. With advances in the fields of molecular biology, biochemistry, nutritional immunology, molecular medicine and genetics, the study of nutrition is increasingly concerned with metabolism and metabolic pathways: the sequences of biochemical steps through which substances in living things change from one form to another.

The human body contains chemical compounds, such as water, carbohydrates (sugar, starch, and fiber), amino acids (in proteins), fatty acids (in lipids), and nucleic acids (DNA and RNA). These compounds in turn consist of elements such as carbon, hydrogen, oxygen, nitrogen, phosphorus, calcium, iron, zinc, magnesium, manganese, and so on. All of these chemical compounds and elements occur in various forms and combinations (e.g. hormones, vitamins, phospholipids, hydroxyapatite), both in the human body and in the plant and animal organisms that humans eat.

The human body consists of elements and compounds ingested, digested, absorbed, and circulated through the bloodstream to feed the cells of the body. Except in the unborn fetus, the digestive system is the first system involved. Digestive juices break chemical bonds in ingested molecules, and modify their conformations and energy states. Though some molecules are absorbed into the bloodstream unchanged, digestive processes release them from the matrix of foods. Unabsorbed matter, along with some waste products of metabolism, is eliminated from the body in the feces.

Studies of nutritional status must take into account the state of the body before and after experiments, as well as the chemical composition of the whole diet and of all material excreted and eliminated from the body (in urine and feces). Comparing the food to the waste can help determine the specific compounds and elements absorbed and metabolized in the body. The effects of nutrients may only be discernible over an extended period, during which all food and waste must be analyzed. The number of variables involved in such experiments is high, making nutritional studies time-consuming and expensive, which explains why the science of human nutrition is still slowly evolving.

In particular, the consumption of whole-plant foods slows digestion and allows better absorption, and a more favorable balance of essential nutrients per Calorie, resulting in better management of cell growth, maintenance, and mitosis (cell division), as well as better regulation of appetite and blood sugar. Regularly scheduled meals (every few hours) have also proven more wholesome than infrequent or haphazard ones, although a recent study has also linked more frequent meals with a higher risk of colon cancer in men.

The macronutrients (excluding fiber and water) provide structural material (amino acids from which proteins are built, and lipids from which cell membranes and some signaling molecules are built) and energy. Some of the structural material can be used to generate energy internally, and in either case it is measured in Joules or kilocalories (often called "Calories" and written with a capital C to distinguish them from little 'c' calories).

Carbohydrates and proteins provide 17 kJ approximately (4 kcal) of energy per gram, while fats provide 37 kJ (9 kcal) per gram., though the net energy from either depends on such factors as absorption and digestive effort, which vary substantially from instance to instance. Vitamins, minerals, fiber, and water do not provide energy, but are required for other reasons. A third class of dietary material, fiber (i.e., non-digestible material such as cellulose), is also required,[citation needed] for both mechanical and biochemical reasons, although the exact reasons remain unclear.

Molecules of carbohydrates and fats consist of carbon, hydrogen, and oxygen atoms. Carbohydrates range from simple monosaccharides (glucose, fructose, galactose) to complex polysaccharides (starch). Fats are triglycerides, made of assorted fatty acid monomers bound to a glycerol backbone. Some fatty acids, but not all, are essential in the diet: they cannot be synthesized in the body. Protein molecules contain nitrogen atoms in addition to carbon, oxygen, and hydrogen.

The fundamental components of protein are nitrogen-containing amino acids, some of which essential in the sense that humans cannot make them internally. Some of the amino acids are convertible (with the expenditure of energy) to glucose and can be used for energy production, just as ordinary glucose, in a process known as gluconeogenesis. By breaking down existing protein, the carbon skeleton of the various amino acids can be metabolized to intermediates in cellular respiration; the remaining ammonia is discarded primarily as urea in urine. This occurs normally only during prolonged starvation.

Other micronutrients include antioxidants and phytochemicals, which are said to influence (or protect) some body systems. Their necessity is not as well established as in the case of, for instance, vitamins.

Most foods contain a mix of some or all of the nutrient classes, together with other substances, such as toxins of various sorts. Some nutrients can be stored internally (e.g., the fat soluble vitamins), while others are required more or less continuously. Poor health can be caused by a lack of required nutrients or, in extreme cases, too much of a required nutrient. For example, both salt and water (both absolutely required) will cause illness or even death in excessive amounts.