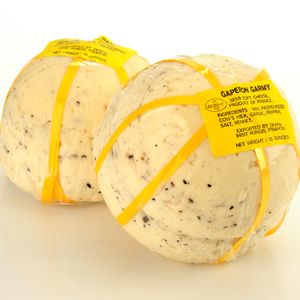 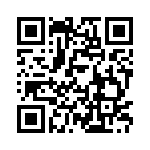 Gaperon is a small cheese flavoured with pepper and garlic. It has a white fluffy coat and is shaped into a dome which looks like a tiny igloo. Originating in the region of the pink garlic of the Limagne plain, in the Haute Auvegrne, Gaperon has been made and enjoyed for centuries.

Milk which is left over in the churn after butter-making is mixed with fresh milk to make the cheese curds. The curds are then mixed with the local pink garlic and pepper. Since buttermilk is used, the resulting cheese is slightly lower in fat, generally 35%. The origin of the name 'Gaperon' is taken from the local French dialect for buttermilk which is 'gap' or 'gape'.

Over the centuries Gaperons were hung in the farmhouse kitchen or the storeroom. The number of cheeses gave an indication as to the farmer's wealth and as such would have an influence on the marriage of his daughters. Cheeses were sometimes tied with yellow ribbons and offered as wedding gifts or harvest symbols, a decoration still in use today. Stored in the farmhouse the white coat would acquire a mottled colour of grey and blue as the spores in the air found their way onto the surface of the cheese.

Our Gaperon is made using the same ancient methods and the cheese will taste very similar to the ones enjoyed by the ploughmen and dairymaids of the 14th Century. They are no longer matured in the farmhouse kitchen but on rye straw in a damp cellar for one to two months. Each cheese measures 75mm in diameter, 75mm in height and weighs approximately 300 grammes. Gaperon is available all year round with no particular best season, principally because of the pepper and garlic flavouring. Gaperon is best enjoyed with a full-bodied red such as a Côtes du Rhone.
Post your comment ...
sign in with ...