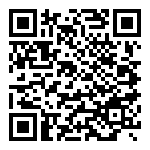 Atriplex hortensis, also known as Garden Orache, Red Orach, Mountain Spinach, French Spinach, or simply "orache" or arrach, is a hardy, annual plant, with an erect, branching stem, varying in height from two to six feet, according to the variety and soil. The leaves are variously shaped, but somewhat oblong, comparatively thin in texture, and slightly acidic to the taste, the flowers are small and obscure, greenish or reddish, corresponding in a degree with the color of the foliage of the plant; the seeds are small, black, and surrounded with a thin, pale-yellow membrane. They retain their vitality for three years.
The Garden Orache has a salty, spinach-like taste. The leaves are used cooked or in salads. It was commonly grown in Mediterranean regions from early times until spinach became the more favored leaf vegetable. The leaves can come in red, white and green varieties. It is commonly grown as a warm weather alternative to spinach because it is more tolerant of heat and slower to bolt in warm weather. The green leaves were once used to color pasta in Italy. Another common use of orach is to balance out the acidic flavor of sorrel.
Nutritional Value of Orach
Orach contains significant levels of vitamin C, vitamin K, calcium, magnesium, phosphorous, iron, carotenes, protein, anthocyanins, zinc, selenium, tryptophan, and dietary fiber, all of which can benefit human health in a variety of ways.
Recipe for Garden Orache
Read more at Wikipedia.
Post your comment ...
sign in with ...