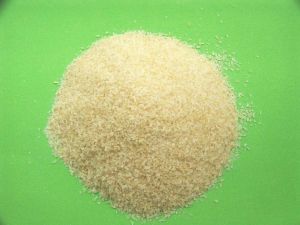 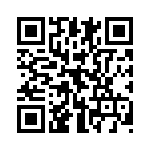 Gelatin is a mixture of peptides and proteins produced by partial hydrolysis of collagen extracted from the skin, bones, and connective tissues of animals such as domesticated cattle, chicken, pigs, and fish. Photographic and pharma grades of gelatin are generally made from beef bones, although some beef bone gelatin is used by the food industry.

Gelatin is an animal protein unlike many other gelling agents used by the food industry.

Probably best known as a gelling agent in cooking, different types and grades of gelatin are used in a wide range of food and non-food products: Common examples of foods that contain gelatin are gelatin desserts, trifles, aspic, marshmallows, candy corn, and confections such as Peeps, gummy bears, fruit snacks, and jelly babies. Gelatin may be used as a stabilizer, thickener, or texturizer in foods such as yogurt, cream cheese, and margarine; it is used, as well, in fat-reduced foods to simulate the mouthfeel of fat and to create volume without adding calories.

Gelatin is used for the clarification of juices, such as apple juice, and of vinegar. Isinglass, from the swim bladders of fish, is still used as a fining agent for wine and beer. Beside hartshorn jelly, from deer antlers (hence the name "hartshorn"), isinglass was one of the oldest sources of gelatin.

The natural molecular bonds between individual collagen strands are broken down into a form that rearranges more easily. Gelatin melts to a liquid when heated and solidifies when cooled again. Together with water, it forms a semi-solid gel. Gelatin forms a solution of high viscosity in water, which sets to a gel on cooling, and its chemical composition is, in many respects, closely similar to that of its parent collagen. Gelatin is also soluble in most polar solvents.

Gelatin solutions show viscoelastic flow and streaming birefringence. If gelatin is put into contact with cold water, some of the material dissolves, but not all. The solubility of the gelatin is determined by the method of manufacture. Typically, gelatin can be dispersed in a relatively concentrated acid. Such dispersions are stable for 10–15 days with little or no chemical changes and are suitable for coating purposes or for extrusion into a precipitating bath.

Gelatin gels exist over only a small temperature range, the upper limit being the melting point of the gel, which depends on gelatin grade and concentration (but is typically less than 35 °C) and the lower limit the freezing point at which ice crystallizes. The upper melting point is below human body temperature, a factor which is important for mouthfeel of foods produced with gelatin.

Health benefits to Gelatin, including:

good to know. i would eat this stuff for a lot of reasons, but i guess the body tolerates it to a large extent.