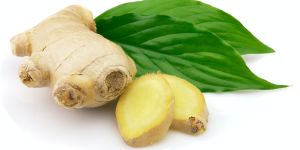 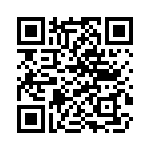 Ginger or ginger root is the rhizome of the plant Zingiber officinale, consumed as a delicacy, medicine, or spice. It lends its name to its genus and family (Zingiberaceae). Other notable members of this plant family are turmeric, cardamom, and galangal. The distantly related dicots in the Asarum genus have the common name wild ginger because of their similar taste. Ginger cultivation began in South Asia and has since spread to East Africa and the Caribbean

Ginger produces clusters of white and pink flower buds that bloom into yellow flowers. Because of its aesthetic appeal and the adaptation of the plant to warm climates, ginger is often used as landscaping around subtropical homes. It is a perennial reed-like plant with annual leafy stems, about a meter tall. Traditionally, the rhizome is gathered when the stalk withers; it is immediately scalded, or washed and scraped, to kill it and prevent sprouting. The fragrant perisperm of Zingiberaceae is used as sweetmeats by Bantu, also as a condiment and sialogogue.

Ginger produces a hot, fragrant kitchen spice. Young ginger rhizomes are juicy and fleshy with a very mild taste. They are often pickled in vinegar or sherry as a snack or just cooked as an ingredient in many dishes. They can also be steeped in boiling water to make ginger tea, to which honey is often added; sliced orange or lemon fruit may also be added. Ginger can also be made into candy, or ginger wine which has been made commercially since 1740.

Ginger is grown as a root and is a flexible ingredient that can be consumed in drinks (tea , beer, ale) or in cooking. It can be used to make foods spicy and even as a food preservative. It is known to promote energy circulation in the body and increase our body’s metabolic rate .

Remedies Motion Sickness. Ginger is a known effective remedy for the nausea associated with motion sickness. The exact reason is unknown, but in a study of naval cadets, those given ginger powder suffered less.

Improves absorption. Ginger improves the absorption and stimulation of essential nutrients in the body. It does this by stimulating gastric and pancreatic enzyme secretion.

Cold and Flu Prevention. Ginger has been used for thousands of years as a natural treatment for colds and flu around Asia. The University of Maryland Medical Center states that to treat cold and flu symptoms in adults, steep 2 tbsp. of freshly shredded or chopped ginger root in hot water, two to three times a day

Colon Cancer Prevention. A study at the University of Minnesota found that ginger may slow the growth of colorectal cancer cells.

Reduce Pain and Inflammation. Ginger contains some of the most potent anti-inflammatory fighting substances known and is a natural powerful painkiller.

Fights Common Respiratory Problems. If you’re suffering from common respiratory diseases such as a cough, ginger aids in expanding your lungs and loosening up phlegm because it is a natural expectorant that breaks down and removes mucus.. That way you can quickly recover from difficulty in breathing.Ovarian Cancer Treatment. Ginger powder induces cell death in ovarian cancer cells.

Strengthens Immunity. Ginger helps improve the immune system. Consuming a little bit ginger a day can help foil potential risk of a stroke by inhibiting fatty deposits from the arteries. It also decreases bacterial infections in the stomach, and helps battle a bad cough and throat irritation.