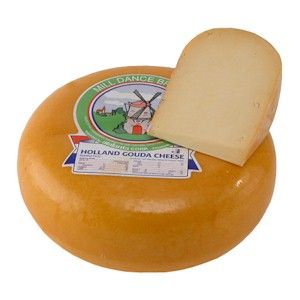 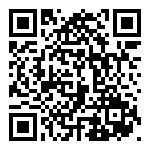 Gouda is a Dutch yellow cheese made from cow's milk. The cheese is named after the city of Gouda in the Netherlands, but its name is not protected. One of the most popular cheeses worldwide, the name is used today as a general term for a variety of similar cheese produced in the traditional Dutch manner as well as the Dutch original.

The first mention of Gouda cheese dates from 1184, making it one of the oldest recorded cheeses in the world still made today.

The cheese is named after the Dutch city of Gouda, not because it is produced in or near the city, but because it has historically been traded there. In the Middle Ages, Dutch cities could obtain certain feudal rights which gave them primacy or a total monopoly on certain goods. Within the County of Holland it was Gouda which acquired the sole right to have a market in which Hollandic farmers could sell their cheese. It was at Gouda that all the cheeses would be laid onto the market square to sell.

Teams consisting of the guild of cheese-porters, identified by differently colored straw hats, carried the farmers' cheese on barrows, which typically weighed about 160 kilograms. Buyers then sampled the cheeses and negotiated a price using a ritual system called handjeklap in which buyers and sellers clap each other's hands and shout prices.

Once a price was agreed, the porters would carry the cheese to the weighing house and complete the sale. To this day farmers from the surrounding region gather in Gouda every Thursday morning between 10 am and 12:30 pm from June until August to have their cheese weighed, tasted and priced. Today, most Dutch Gouda is produced industrially.

However, some 300 Dutch farmers still or also produce "Boerenkaas" ("Farmers cheese") which is a protected form of Gouda made in the traditional manner, using unpasteurized milk. Cheese making traditionally was a woman's task in Dutch culture, with farmers' wives passing their cheese making skills on to their daughters.

Gouda cheese is best described as a style of cheese making rather than a kind of cheese, as its taste depends almost completely on the time it has aged. The cheese is made from cultured milk that is heated until the curds separate from the whey. Some of the whey is then drained and water is added. This is called "washing the curd", and creates a sweeter cheese, as the washing removes some of the lactic acid. About ten percent of the mixture are curds, which are pressed into circular molds for several hours. These molds are the essential reason behind its traditional, characteristic shape. The cheese is then soaked in a brine solution, which gives the cheese and its rind a distinctive taste.

The cheese is dried for a few days before being coated with a yellow coating to prevent it from drying out, then it is aged, during which process the cheese changes from semi-hard to hard. Dutch cheese makers generally use six gradations to classify the cheese:
Jonge kaas (Young cheese) (4 weeks)
Jong belegen (Young matured) (8-10 weeks)
Belegen (Matured) (16-18 weeks)
Extra belegen (Extra matured) (7-8 months)
Oude kaas (Old cheese) (10-12 months)
Overjarige kaas (Very old (lit: over-yearly) cheese) (12 months and more)

As it ages, it develops a caramel sweetness and has a slight crunchiness from cheese crystals, especially in older cheeses.

Young Gouda cheese is typically used on sandwiches, either cold or melted.In the Netherlands, cubes of Gouda are often eaten as a snack served with Dutch mustard. Older varieties are sometimes topped with sugar or apple syrup. Cubes of old and very old Gouda are eaten alongside strong pale beers, such as Tripel, Dubbel, Trappist or with port wine.