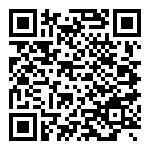 Horseradish is a perennial plant of the Brassicaceae family (which also includes mustard, wasabi, broccoli, and cabbage). The plant is probably native to southeastern Europe and western Asia. It is now popular around the world. It grows up to 1.5 meters tall, and is cultivated primarily for its large, white, tapered root.

The intact horseradish root has hardly any aroma. When cut or grated, however, enzymes from the now-broken plant cells break down sinigrin to produce allyl isothiocyanate (mustard oil), which irritates the mucous membranes of the sinuses and eyes. Once exposed to air (via grating) or heat, if not used immediately or mixed in vinegar, the grated mash darkens, loses its pungency, and becomes unpleasantly bitter-tasting.

Generally, horseradish root is harvested during the late fall when the leaves killed by frost. You may also choose to buy fresh roots from the markets during the season. Select fresh, stony hard root that is devoid of sprouts, mold, or soft spots. Avoid green-tinged roots, as they are very bitter. Furthermore, avoid over mature, old, and large roots, as they are off-flavored and excessively fibrous.

Once at home store the root in loose paper pack and place it in the refrigerator where it will remain dormant for next 6-9 months. Commercially prepared horseradish products are readily available in the stores all around the year. To prepare, fresh grated horseradish root is mixed with white vinegar in a desired manner to control (stabilize) its hotness. The preparation, however, gradually loses its flavor with time and turns off-white to brown color even if you keep it in the cold storage.

The plant features broad, crinkled leaves. It grows best in cool climates with good sun light conditions. In general, the rootlets (root sections) planted in the spring and harvested by autumn. The roots are usually about 6-12 inches long with few rounded knots at the root end.

Wasabi (Wasabia japonica) is a Japanese variant of horseradish but has stronger flavor and delicate apple green color flesh.

Horseradish is low in calories and fat; however, it contains a good amount of dietary fiber, vitamins, minerals, and anti-oxidants. Certain active principles in it found to have been anti-inflammatory, diuretic (increase urine output), and nerve soothing effects.

It is a potent gastric stimulant, increases appetite, and aids in digestion. The volatile phyto-chemical compounds in the root stimulate salivary, gastric, and intestinal glands to secrete digestive enzymes, thereby facilitate digestion.

Horseradish has good amounts of vitamin-C, which is a powerful water soluble anti-oxidant. 100 g fresh root provides 29 mg or 41% of daily-recommended values. Vitamin C helps alleviate viral infections by boosting immunity. In addition, it helps remove harmful free radicals from the body and protect it from cancers, inflammation, infections, etc.

The root spice has some of vital minerals in moderation like sodium, potassium, manganese, iron, copper, zinc, and magnesium. Iron is an important co-factor for cytochrome-oxidase enzymes during cellular metabolism. It is also required for red blood cell production in the bone marrow. Being an important component of cell and body fluids, potassium helps control heart rate and blood pressure. Manganese is used by the body as a co-factor for the powerful antioxidant enzyme, superoxide dismutase.

In addition, the root has small amounts of essential vitamins such as folate, vitamin B-6 (pyridoxine), riboflavin, niacin, and pantothenic acid.