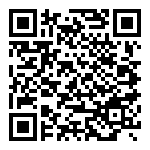 Oxalis is by far the largest genus in the wood-sorrel family Oxalidaceae: of the approximately 900 known species in the Oxalidaceae, 800 belong here. The genus occurs throughout most of the world, except for the polar areas; species diversity is particularly rich in tropical Brazil, Mexico and South Africa.

Many of the species are known as wood sorrels as they have an acidic taste reminiscent of the unrelated sorrel proper. Some species are called yellow sorrels or pink sorrels after the color of their flowers instead. Other species are colloquially known as false shamrocks, and some called sourgrasses. For the genus as a whole, the term oxalises is also used.

These plants are annual or perennial. The leaves are divided into three to ten or more obovate and top notched leaflets, arranged palmately with all the leaflets of roughly equal size. The majority of species have three leaflets; in these species, the leaves are superficially similar to those of some clovers. Some species exhibit rapid changes in leaf angle in response to temporarily high light intensity to decrease photoinhibition.

The flowers have five petals, which are usually fused at the base, and ten stamens. The petal color varies from white to pink, red or yellow; anthocyanins and xanthophylls may be present or absent but are generally not both present together in significant quantities, meaning that few wood-sorrels have bright orange flowers. The fruit is a small capsule containing several seeds. The roots are often tuberous and succulent, and several species also reproduce vegetatively by production of bulbils, which detach to produce new plants.

Indian Sorrel or Ambilosa is a small plant which grows round the year. The plant has number of branches shooting out from the roots and up to one or two feet in length. The plant has a thin and hairy stem which is very delicate. The plant has yellow flowers and the fruits are shaped like cylinders containing numerous tiny seeds. The plant is believed to have originated in India. It thrives in moist places and generally grows during the monsoon.

Wood sorrel is an edible wild plant that has been consumed by humans around the world for millennia.

According to Charaka and Sushruta, Ambilosa or Indian sorrel was used to cure illnesses such as diarrhoea, haemorrhoids and mesenteric disorders. It has also been used in the Western folklore medicine for curing digestive disorders, blood purification to reduce ulcers in the mouth, for reducing nausea and stopping contagious fevers.

The extracts of Indian Sorrel have shown a higher amount of inhibition of 14 known human pathogenic bacteria. A comparison with other plants revealed that Indian sorrel was one of the few plants, able to control bacteria growth rate.

Indian sorrel possesses hepatoprotective properties too. Studies have shown that the leaves extracts of Indian sorrel were very effective in controlling damages to liver by thioacetamide induced rat livers.

The hepatoprotective properties of the leaf extracts of Indian sorrel can also help in curing jaundice. A spoonful juice of the leaves can be mixed with buttermilk and consumed once daily to cure jaundice.

Indian sorrel extracts also beneficial for protection of our heart. Research on Ambilosa has shown that it can bring down heart rate induced by isoproterenol. It also supplies antioxidant enzymes which can prevent any damages caused by cardiac injury marker enzymes.