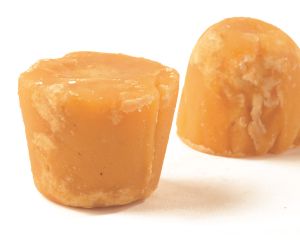 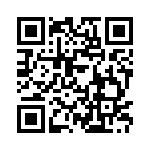 Jaggery is a traditional uncentrifuged sugar consumed in Asia and Africa. It is a concentrated product of date, cane juice, or palm sap without separation of the molasses and crystals, and can vary from golden brown to dark brown in color. It contains up to 50% sucrose, up to 20% invert sugars, up to 20% moisture, and the remainder made up of other insoluble matter, such as wood ash, proteins, and bagasse fibers. Jaggery is mixed with other ingredients, such as peanuts, condensed milk, coconut, and white sugar, to produce several locally marketed and consumed delicacies.

Unrefined cane sugar is known by various names including panela in other parts of the world.

South Asia: Jaggery, also called gurh, is used as an ingredient in sweet and savory dishes across India, Bangladesh, Pakistan and Sri Lanka. For example, a pinch of it is sometimes added to sambar, rasam, and other staples. Jaggery is added to lentil soups (dal) to add sweetness to balance the spicy, salty and sour components, particularly in Gujarati cuisine.

Maharashtra is the largest producer and consumer of jaggery; most vegetable dishes, curries, and dals contain it. This is specially used during Makar Sankranti for making a dessert called tilgul.

Molasses, a byproduct of the production of jaggery, is used in rural Maharashtra and Karnataka as a sweetener. It contains many minerals not found in ordinary sugar and is considered beneficial to health in traditional Ayurvedic medicine. It is an ingredient of many sweet delicacies, such as gur ka chawal, a traditional Rajasthani dish.

In Gujarat, laddus are made from wheat flour and jaggery. A well-known Maharashtrian recipe, puran poli, uses it as a sweetener apart from sugar.

In Sri Lanka, jaggery is made using the treacle of the kithul tree.

Jaggery used extensively in South India to balance the heat of the spicy foods. Its is also known too stir heat on the body, which causes sweating, a way for the body to cool down in the high summer heat.

In Andhra Pradesh, it is used for sweets like Chakkara pongal, milk pongal (prepared with rice, milk, jaggery). During Sankranthi they prepare 'Arisalu' which is an authentic Andhra Pradesh dish. In Kerala, it is considered auspicious and is widely used in cooking. It is a vital ingredient in many varieties of payasam, a sweet dish.

In Tamil Nadu, jaggery used exclusively as the sweetener. It is used in a dish called chakkarai pongal. It is prepared during the festival of Pongal, which is held when the harvesting season begins. It is also used to make kalhi, to sweeten fruit salads and payasam (sweet milk) that are offered to the Gods. Jaggery is also used in religious rituals. In rural areas, cane jaggery and palm Jaggery are still used to sweeten beverages, whereas refined sugar has replaced it in urban areas.

In Oriya cuisine, cakes contain jaggery. Some marmalades made of mango and Dillenia contain the ingredient.

In Bengali Hindu cuisine, it is commonly used in making sweet dishes, some of which mix jaggery with milk and coconut.

Traditional Karnataka sweets, such as paayasa, obbattu and unday use different kinds of jaggery. A pinch is commonly added to sambar and rasam. Karnataka produces sugar and palm-based jaggery. The combination of crushed jaggery with ghee is excellent and goes well with chapathi.

Other uses include jaggery toffees and jaggery cake made with pumpkin preserve, cashew nuts, peanuts and spices.

Jaggery may be used in the creation of alcoholic beverages such as palm wine.


1.Jaggery is that it is a more complex form of carbohydrate than plain sugar. So, it is digested and absorbed gradually and releases energy gradually. This provides with warmth and energy for a longer period, without harming the internal organs.

2.Jaggery effectively cleans the respiratory tracts, lungs, food pipe, stomach and intestines. It pulls out dust and unwanted particles from the body. It also helps in giving relief from constipation, perhaps due to presence of fiber in it.  It is recommended to take a few grams of jaggery after a heavy meal of after eating meat. This facilitates digesting.

3.Jaggery is very rich in minerals, predominantly iron with traces of other mineral salts. While most of the iron in it comes through processing in iron vessels, the other minerals come right from the sugar cane juice, since this juice does not undergo refining or bleaching of any kind. So, jaggery is a very good source of minerals for the body.

4.Jaggery is prepared without the use of chemicals in its processing. It is rich in important minerals like salts, magnesium which strengthens our nervous system and helps to relax our muscles.

5.Jaggery with selenium acts as an antioxidant. The potassium and sodium present in it maintain the acid balance in the body cells and control the blood pressure in the body.

6.Jaggery is also rich in iron, and helps to prevent anemia. It also helps to relieve tension; take care of asthma because it has anti-allergy properties.

8.It can remove all the blood clots from the body of a woman within 40 days after the birth of a baby.

9.It consists of moderate amount of calcium, phosphorous and zinc and therefore helps to purify the blood, prevent rheumatic afflictions and treat bile disorder. It is also helpful to cure jaundice.

10.Jaggery mixed with water is known to provide relaxation to the muscles, nerve and help in getting rid of fatigue.