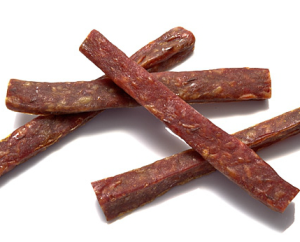 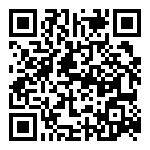 Landjäger is a semi-dried sausage traditionally made in Southern Germany, Austria, Switzerland, and Alsace. It is popular as a snack food during activities such as hiking. It also has a history as soldier's food because it keeps without refrigeration and comes in single-meal portions. Landjäger tastes similar to dried salami. As a meal, landjäger sausage can be boiled and served with potatoes and fresh greens.

Landjäger sausages are made of roughly equal portions of beef and pork with lard, sugar, red wine, and spices. They are each six to eight inches (15–20 cm) in length, made into links of two. Prior to smoking and drying they are pressed into a mold, which gives them their characteristic rectangular cross-section of about one inch by half an inch (2½ cm × 1 cm). Typically, a pair of Landjäger weighs about 100 g and contains about 516 kCal. In Austria, Landjäger are sometimes made using horse meat.
Post your comment ...
sign in with ...
missing class include : daIp