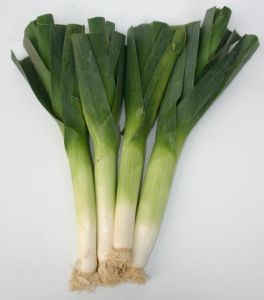 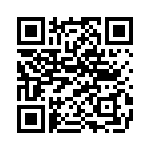 Leek is a vegetable. The edible part of the leek plant is a bundle of leaf sheaths that is sometimes erroneously called a stem or stalk.

Cuisine
Leeks have a mild onion-like taste. In its raw state, the vegetable is crunchy and firm. The edible portions of the leek are the white base of the leaves the light green parts, and to a lesser extent the dark green parts of the leaves. One of the most popular uses is for adding flavor to stock.
The dark green portion is usually discarded because it has a tough texture, but it can be sauteed or added to stock. A few leaves are sometimes tied with twine and other herbs to form a bouquet garni.
Leeks are typically chopped into slices 5–10 mm thick. The slices have a tendency to fall apart, due to the layered structure of the leek. The different ways of preparing the vegetable are:
Boiled, which turns it soft and mild in taste. (Care should be taken to chop the vegetable, or else the intact fibers that run the length of the vegetable will tangle into a ball while chewing.)
Fried, which leaves it crunchier and preserves the taste.
Raw, which can be used in salads, doing especially well when they are the prime ingredient.
In Turkish cuisine, leeks are chopped into thick slices, then boiled and separated into leaves and finally filled with a filling usually containing rice, herbs (generally parsley and dill), onion and black pepper. For sarma with olive oil, currants, pine nuts and cinnamon are added and for sarma with meat, minced meat is added to the filling. In Turkey, especially "Zeytinyagli pirasa" (leek with olive oil), "Eksili pirasa (sour leek), "Etli pirasa" (leek with meat), "Pirasa Musakka"(leek musakka), "Pirasali börek (börek with leek) and "Pirasa köftesi" leek meatball are also cooked.
Leeks are an ingredient of cock-a-leekie soup, leek and potato soup, and vichyssoise, as well as plain leek soup.
Health benefits of Leek: