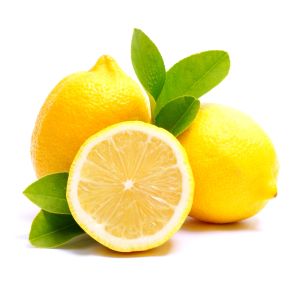 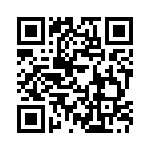 Lemon is a small evergreen tree native to Asia, and the tree's ellipsoidal yellow fruit. The fruit is used for culinary and non-culinary purposes throughout the world, primarily for its juice, though the pulp and rind are also used in cooking and baking. The juice of the lemon is about 5% to 6% citric acid, which gives lemons a sour taste. The distinctive sour taste of lemon juice makes it a key ingredient in drinks and foods such as lemonade.

Lemon juice, rind, and zest are used in a wide variety of food and drink. Lemon juice is used to make lemonade, soft drinks, and cocktails. It is used in marinades for fish, where its acid neutralizes amines in fish by converting them into non-volatile ammonium salts, and meat, where the acid partially hydrolyzes tough collagen fibers, tenderizing the meat, but the low pH denatures the proteins, causing them to dry out when cooked. Lemon juice is frequently used in the United Kingdom to add to pancakes, especially on Shrove Tuesday.

Lemon juice is also used as a short-term preservative on certain foods that tend to oxidize and turn brown after being sliced, such as apples, bananas and avocados, where its acid denatures the enzymes that cause browning and degradation.

Lemon juice and rind are used to make marmalade and lemon liqueur. Lemon slices and lemon rind are used as a garnish for food and drinks. Lemon zest, the grated outer rind of the fruit, is used to add flavor to baked goods, puddings, rice and other dishes.

Preserved lemons are a part of Moroccan cuisine. They are also one of the main ingredients in many Indian cuisines. Either lemon pickle or mango pickle is part of everyday lunches in Southern India

Lemon oil may be used in aromatherapy. Researchers at The Ohio State University found that lemon oil aroma does not influence the human immune system, but may enhance mood. The low pH of juice makes it antibacterial, and in India, the lemon is used in Indian traditional medicines Siddha Medicine and Ayurveda.

Health Benefits of  lemon:
Lemons are alkalizing for the body: Lemons are acidic to begin with but they are alkaline-forming on body fluids helping to restore balance to the body’s pH.

Lemons are rich in vitamin C and flavonoids that work against infections like the flu and colds.

Your liver loves lemons: “The lemon is a wonderful stimulant to the liver and is a dissolvent of uric acid and other poisons, liquefies the bile,” says Jethro Kloss in his book Back to Eden. Fresh lemon juice added to a large glass of water in the morning is a great liver detoxifier.

Cleans your bowels: Lemons increase peristalsis in the bowels, helping to create a bowel movement thus eliminating waste and helping with regularity. Add the juice of one lemon to warm water and drink first thing in the morning.

Vitamin C in lemons helps to neutralize free radicals linked to aging and most types of disease.

The lemon peel contains the potent phytonutrient tangeretin, which has been proven to be effective for brain disorders like Parkinson’s disease.

In India, Ayurveda medicine values the lemon as a fruit and for its properties. It is sour, warm, promoter of gastric fire, light, good for vision, pungent and astringent.

When there is insufficient oxygen and difficulty in breathing (such as when mountain climbing) lemons are very helpful. The first man to reach the top of Mt. Everest, Edmund Hillary, said that his success on Mt. Everest was greatly due to lemons.

Lemons have powerful antibacterial properties; experiments have found the juice of lemons destroy the bacteria of malaria, cholera, diphtheria, typhoid and other deadly diseases.

The symptoms of eye disorders, including diabetic retinopathy have been shown in research to improve due to the rutin, found in lemons.

Lemons contain 22 anti-cancer compounds, including naturally occurring limonene; oil which slows or halts the growth of cancer tumors in animals and flavonol glycosides which stop cell division in cancer cells.

According to The Reams Biological Ionization Theory, the lemon is the ONLY food in the world that is anionic (an ion with a negative charge). All other foods are cationic (the ion has a positive charge.) This makes it extremely useful to health as it is the interaction between anions and cations that ultimately provides all cell energy.