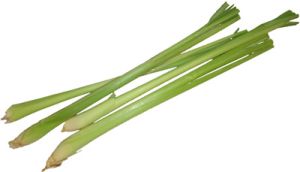 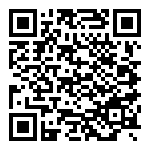 Lemongrass is a perennial plant with thin, long leaves and is indigenous to India and other areas of the Asian continent including Cambodia, Indonesia, Malaysia, Thailand and Vietnam. It is also common in Ceylon, Central America, China, Guatemala, India, Java, Madagascar, Sri Lanka, the West Indian islands and Zambia. There are more than fifty varieties of lemongrass but not all are suitable for consumption or medical use. The lemongrass plant usually reaches heights of three feet or one meter and is found mainly in the wild.

Lemongrass grows year-round in tropical climates with warm temperatures. Mature plants can be as short as two feet and may reach as high as four feet tall. The plant usually grows wild and is easily promulgated. Lemon grass does not usually produce seeds. It is reproduced with portions of the root. Lemongrass can survive in outdoor or indoor environments, provided that there is adequate sunlight, the soil is adequately nourished and it is given plenty water. Lemongrass has a citrus-like (lemon) smell.
Lemongrass has long being used as a flavoring in Asian style cooking. When added to recipes, the citrus-like flavor of the lemongrass herb powder or dried leaf adds a unique element to the meal.  Easily available from any ethnic store, health food store, online merchant or in the seasoning aisle of the supermarket, its anti-bacterial, anti-microbial, antioxidant and therapeutic properties make lemongrass a useful alternative or complementary remedy for a wide spectrum of common ailments. Whether using the dried leaves steeped to make tea or the extracted essential oil, lemongrass produces considerable benefits.

The main chemical component found in lemongrass is citral, an aromatic compound, also known as lemonal. Citral is used in perfumes because of its lemon odor. It is the presence of citral which accounts for lemongrass’ lemon scent. It is an antimicrobial and therefore effective in destroying or inhibiting microorganisms. Citral also contains antifungal properties. This chemical has pheromonal qualities, which explains its industrial use as an insect repellant. It also has a positive effective on the body’s ability to use Vitamin A. The compounds myrcene, citronellal, geranyl acetate, nerol and geraniol are found in varying quantities in Citral. Myrcene, geraniol and nerol contribute to lemongrass’ strong fragrance, citronella acts as an insecticide and geranyl acetate is another flavoring agent. Lemongrass has rubefacient properties, meaning that it may be able to improve blood circulation.

Lemongrass has been reported to have innumerable therapeutic and other health benefits. Widely used to alleviate certain respiratory conditions including laryngitis and sore throats, lemongrass has earned a reputation for its anti-pyretic property which reduces high fevers. Called fevergrass in some cultures the vapor is inhaled, leading to increased perspiration and eventually the complete removal of fever.

Lemongrass has powerful pain relieving properties. It helps to alleviate muscle spasms by relaxing the muscles thereby leading to the reduction of pain-related symptoms. It is thus useful for all types of pain including abdominal pain, headaches, joint pains, muscle pains, digestive tract spasms, muscle cramps, stomachache and others. This remedy has also been linked to increasing the body’s ability to repair damaged connective tissue such as cartilage, ligaments and tendons and is thus recommended for these types of injuries. Another related benefit is for improvements in blood circulation.

As an antifungal and antibacterial, lemongrass inhibits bacteria and yeast growth. For this it is useful for gastrointestinal infections and may also be applied externally to wounds as it fights germs. As an antioxidant lemongrass, contributes to liver and pancreatic health by helping the body to more quickly remove toxins. It has also being linked to lowered or normalized cholesterol levels. It also treat digestive issues including gastro-enteritis and may be helpful in relieving constipation.

Some sources suggest that lemongrass has antidepressant properties and is thus beneficial for nervous and stress-related conditions. It is said to be helpful in alleviating anxiety and depressive symptoms. It helps to strengthen the nervous system and may thus be useful for conditions such as Parkinson’s disease.

The presence of Vitamin A in lemongrass makes it helpful for skin issues such as acne pimples. It helps to brighten the skin and eyes and clear up oily skin thus improving acne. Its antibacterial property is also valuable for skin infections. Lemongrass may improve poor body odor by controlling excessive sweating.

One research conducted at the Ben Gurion University in Israel has found possible benefits of the citral found in lemongrass on cancer. It reveals that this compound may contribute to the death of cancer cells with no noted negative effect on normal cells.