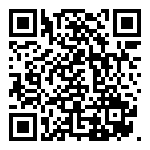 Lukániko is the common Greek word for pork sausage, but in English it refers specifically to Greek sausages flavored with orange peel, fennel seed, and various other dried herbs and seeds, and sometimes smoked over aromatic woods. Greek sausages are also often flavored with greens, especially leeks. Need to cook it before serving.

Lukaniko is often served as a mezze, sliced and fried, sometimes with saganaki. It is also cooked into a variety of dishes.

Pigs were the principal meat-yielding animals in traditional Greek farm economy, as they were easy to feed with scraps and leftovers, and sausage was an important way of preserving their meat.

The name 'lukaniko' is derived from ancient Roman cuisine's lucanica and has been used in Greek since at least the 4th century
Post your comment ...
sign in with ...
missing class include : daIp