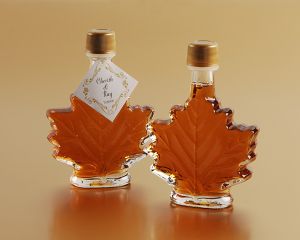 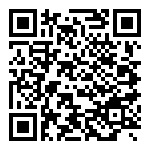 Maple syrup is a syrup usually made from the xylem sap of sugar maple, red maple, or black maple trees, although it can also be made from other maple species. In cold climates, these trees store starch in their trunks and roots before the winter; the starch is then converted to sugar that rises in the sap in the spring. Maple trees can be tapped by boring holes into their trunks and collecting the exuded sap. The sap is processed by heating to evaporate much of the water, leaving the concentrated syrup.

Maple syrup was first collected and used by the indigenous peoples of North America. The practice was adopted by European settlers, who gradually refined production methods. Technological improvements in the 1970s further refined syrup processing. The Canadian province of Quebec is by far the largest producer, responsible for about three-quarters of the world's output; Canadian exports of maple syrup exceed C$145 million (approximately US$141 million) per year. Vermont is the largest producer in the United States, generating about 5.5 percent of the global supply.

Maple syrup is graded according to the Canada, United States, or Vermont scales based on its density and translucency. Sucrose is the most prevalent sugar in maple syrup. In Canada, syrups must be at least 66 percent sugar and be made exclusively from maple sap to qualify as maple syrup. In the United States, a syrup must be made almost entirely from maple sap to be labelled as "maple".

Maple syrup is often eaten with pancakes, waffles, French toast, or oatmeal and porridge. It is also used as an ingredient in baking, and as a sweetener or flavouring agent. Culinary experts have praised its unique flavour, although the chemistry responsible is not fully understood.

Three species of maple trees are predominantly used to produce maple syrup: the sugar maple, the black maple, and the red maple, because of the high sugar content (roughly two to five percent) in the sap of these species. The black maple is included as a subspecies or variety in a more broadly viewed concept of A. saccharum, the sugar maple, by some botanists. Of these, the red maple has a shorter season because it buds earlier than sugar and black maples, which alters the flavour of the sap.

A few other species of maple are also sometimes used as sources of sap for producing maple syrup, including the box elder or Manitoba maple, the silver maple, and the bigleaf maple. Similar syrups may also be produced from birch or palm trees, among other sources.

Carbohydrates
A tablespoon of pure maple syrup contains about 13.5 grams of carbohydrates. Of those, 12.4 grams are from sugars. These sugars are primarily from sucrose, which is a complex sugar that your body breaks down to the simple sugars fructose and glucose at a one-to-one ratio. Every tablespoon of honey contains 17.4 grams of carbohydrates, 17.3 of which are from sugars. These sugars are mostly from fructose with a bit from glucose and even less from sucrose. Between the two, maple syrup is healthier -- it has less overall sugar, and more importantly, less fructose. A diet high in fructose is detrimental to heart and liver health.

Fat
The fat in a tablespoon of pure maple syrup is 0.1 grams, with minute amounts of saturated, monounsaturated and polyunsaturated fats. Honey does not contain fat, and thus, contains none of the three subcategories of fat.

Antioxidants
The antioxidant activity of honey and maple syrup is basically the same, both with “intermediate activity” according to an article in the "Journal of the American Dietetic Research Association." Antioxidants fight cancer-causing free radicals and slow aging.

Conclusion
Both honey and pure maple syrup have advantages and disadvantages. If you seek minerals and lower fructose, maple syrup is a good choice; for those who want the vitamin boost and no fat, honey is your best bet. Either way both should be consumed in moderation to prevent over consumption of sugars and calories.