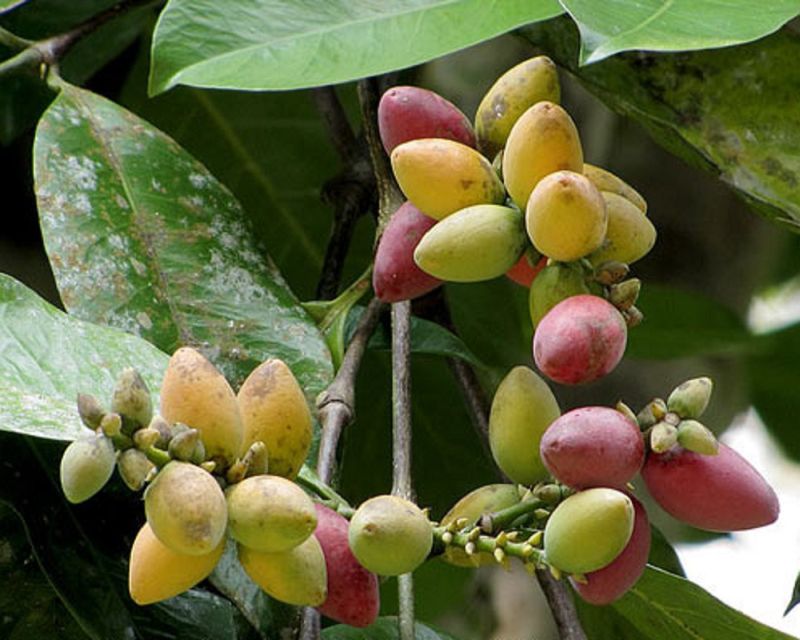 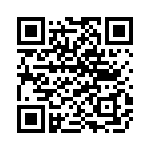 Melinjo
Gnetum gnemon is a species of Gnetum native to southeast Asia and the western Pacific Ocean islands, from Mizoram and Assam in India, south and east through Indonesia and Malaysia to the Philippines and Fiji. Common names include gnemon, melinjo, belinjo, kuliat/culiat, padi oats or paddy oats.
It is a small to medium-size tree (unlike most other Gnetum species, which are lianas), growing to 15–20 m tall. The leaves are evergreen, opposite, 8–20 cm long and 3–10 cm broad, entire, emerging bronze-coloured, maturing glossy dark green. The fruit-like female strobilus consist of little but skin and a large nut-like seed 2–4 cm long inside. Male strobili are small, arranged in long stalks, and are often mistaken for flowers.
Fleshy strobili weigh about 5.5 g, the seed alone 3.8 g. Strobili mature mainly from June to September in NE Philippines. The red (ripe) strobili are eaten by birds, mammals and reptiles. 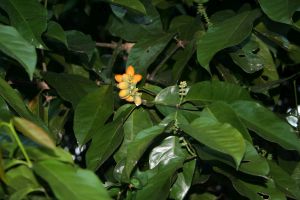 Uses
Melinjo is native to Indonesia and widely used in Indonesian cuisine. The seeds are used for sayur asem (sour vegetables soup) and also, made into emping/ raw chips that later need to be deep-fried as crackers (emping, a type of krupuk). The crackers have a slightly bitter taste and are frequently served as a snack or accompaniment to Indonesian dishes. The leaves are also commonly used for vegetables dishes in Indonesia.
This plant is commonly cultivated throughout the Aceh region and is regarded as a vegetable of high status. Its male strobili, young leaves and female strobilus are used as ingredients in traditional vegetable curry called kuah pliek. This dish is served on all important traditional occasions, such as khanduri and keureudja. In the Pidie district, the women pick the ripe fruit (its skin color is red) and make keureupuk muling from it.
Read more at wikipedia and Link1.
Post your comment ...
sign in with ...