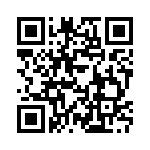 Olive oil is a fat obtained from the olive, a traditional tree crop of the Mediterranean Basin. The oil is produced by pressing whole olives.

It is commonly used in cooking, cosmetics, pharmaceuticals, and soaps and as a fuel for traditional oil lamps. Olive oil is used throughout the world, but especially in the Mediterranean countries and, in particular, in Greece, which has the highest consumption per person

The olive tree is native to the Mediterranean basin; wild olives were collected by Neolithic peoples as early as the 8th millennium BC. The wild olive tree originated in Asia Minor or in ancient Greece.

It is not clear when and where olive trees were first domesticated: in Asia Minor in the 6th millennium; along the Levantine coast stretching from the Sinai Peninsula to modern Turkey in the 4th millennium; or somewhere in the Mesopotamian Fertile Crescent in the 3rd millennium.

Olive oil has distinct flavor and taste. Unlike many other oils, which are extracted from nuts and seeds, the oil is obtained from the olive fruits and hence, contains large amounts of plant-derived anti-oxidants, phyto-sterols, and vitamins.

Olive oil is recognized as one of the healthiest edible oils since it contains less saturated fats, and composes linoleic (omega-6) and linolenic acid (omega-3) essential fatty acids at recommended 8:1 ratio.

The oil is high in calories. Its high-calorie content is because of its fats. However, it is especially rich in mono-unsaturated fatty acids (MUFA) like oleic acid (18:1) and palmitoleic acid (16:1) that help to lower LDL or "bad cholesterol" and increase HDL or "good cholesterol" in the blood. Research studies suggest that Mediterranean diet, which is rich in monounsaturated fatty acids help to prevent coronary artery disease and strokes by favoring healthy blood lipid profile.

Olive oil, especially extra virgin, contains tyrosol phenolic compounds such as oleuropein and oleocanthal. These compounds are responsible for its bitter, and pungent taste. Oleocanthal, oleurpein, and its derivative hydroxytyrosol are nature’s most powerful anti-oxidants. Together with vitamin E and carotenoids, they play a vital role fighting against cancer, inflammation, coronary artery disease, degenerative nerve diseases, diabetes…etc.

Studies suggest that oleocanthal has ibuprofen (NSAID) like ant-inflammatory activities. Mediterranean diet that uses olive oil may be responsible in part for the low incidence of coronary artery disease.

Being a vegetable source, it has very high levels of plant sterols, especially ß-sitosterol. The FDA has approved the following claim for phytosterols: "Foods containing at least 0.4 gram per serving of plant sterols, eaten twice a day with meals for a daily total intake of at least 0.8 gram, as part of a diet low in saturated fat and cholesterol, may reduce the risk of heart disease." Phyto-sterols competitively inhibit cholesterol absorption in the gut and thereby can reduce total cholesterol levels by 10% to 15%.

Olive oil is rich in vitamin E. 100 g fresh extra-virgin oil contains 14.39 mcg (about 96% of RDA) of alpha-tocopherol. Vitamin E is a powerful lipid soluble antioxidant, required for maintaining the integrity of cell membrane of mucus membranes and skin by protecting it from harmful oxygen-free radicals.

In addition, extra-virgin oil is also a very good source of vitamin K; 100 g provides about 50% of DRI. Vitamin K has a potential role in the increase of bone mass by promoting osteotrophic activity in the bone. It also  has established role in Alzheimer's disease patients by limiting neuronal damage in the brain.

informative not only this but all categories. Very helpful to us culinary enthusiastes!!!