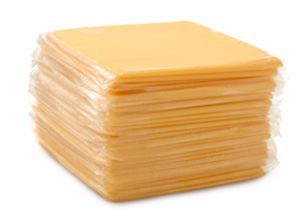 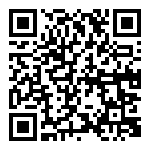 Processed cheese or process cheese; cheese slice; prepared cheese; cheese singles; or, cheese food is a food product made from a normal cheese plus emulsifiers, saturated vegetable oils, extra salt, food colorings, and/or whey or sugar. As a result, many flavors, colors, and textures of processed cheese exist.

Although the invention of processed cheese is credited to Walter Gerber of Thun, Switzerland in 1911, it was James L. Kraft who first applied for a U.S. patent for his method of making processed cheese, in 1916. Kraft Foods developed the first commercially-available, shelf-stable, sliced, processed cheese; it was introduced in 1950.

This form of sliced cheese (and its derivatives) have become ubiquitous in U.S. households ever since, most notably used for cheeseburgers and grilled cheese sandwiches (due to its ability to cook evenly, distribute/stretch smoothly, and resist congealing — unlike natural, cheddar cheeses). The Laughing Cow is one brand of European processed cheese.