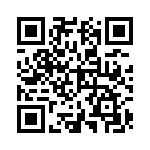 Pechay (Pak Choi) is a cabbage. It is one of the most known vegetables in the Philippines. It is also known as one of the oldest green vegetables in Asia. The Pechay differs in many aspects from other (for instance European) cabbages. The leaves of the Pechay vary in length from 10 to 30 cm. The leaves are green and mild flavoured and less crisp than other cabbages.

It is often used in stews and soups. It isn't tasty by itself, so it needs some salt and other flavour to be added. Meals with Pechay are often completed with other vegetables and fish or meat.