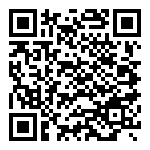 The early cooks utilized wood plank cooking over open flames to capture the essence of wood as a seasoning in fish and other meats. These people slow roasted their freshly caught fish and meats on wood planks above fire pits. This method of cooking infused the natural oils and moisture found in the woods into the foods producing a delicious unique flavor.

This unusual method of cooking has been discovered and used worldwide to bring flavor to not only fish but also meats, poultry, vegetables, cheese, fruits and even pizza. For years, restaurants have kept the tradition alive by serving salmon cooked on planks. But more recently, as pre-cut boards have become widely available, chefs and home cooks around the country have been experimenting with cooking on planks. There are two methods of plank cooking; grilling (roasting) and oven (baking). Both methods offer the delicious flavor. Backyard get-togethers have become trendy in recent years, and grill plank cooking has become increasingly popular.