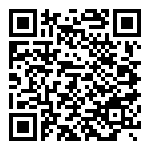 Antimicrobial agents used to preserve food by preventing growth of microorganisms and subsequent spoilage, including fungicides, mold, and rope inhibitors.

The preservatives most widely used are the benzoates (sodium benzoate), sorbates (sorbic acid and potassium sorbate), and the propionates (sodium or calcium propionate), which are organic acids or their salts. Acidulants are used as preservatives because they increase the acidity of food, which canreduce growth of bacteria. Acidulants used include acetic acid, adipicacid, citric acid, fumaric acid, lactic acid, and phosphoric acid.

Preservatives are often added to food to prevent their spoilage, or to retain their nutritional value and/or flavor for a longer period. The basic approach is to eliminate microorganisms from the food and prevent their regrowth. This is achieved by methods such as a high concentration of salt, or reducing the water content. This inhibits spoilage of the food item by microbial growth.

Common antimicrobial preservatives include sorbic acid and its salts, benzoic acid and its salts, calcium propionate, sodium nitrite, sulfites (sulfur dioxide, sodium bisulfite, potassium hydrogen sulfite, etc.) and disodium EDTA. Antioxidants include BHA, BHT, TBHQ and propyl gallate. Other preservatives include ethanol and methylchloroisothiazolinone. FDA standards do not currently require fruit and vegetable product labels to reflect the type of chemical preservative(s) used on the produce. The benefits and safety of many artificial food additives are the subject of debate among academics and regulators specializing in food science, toxicology, and biology.